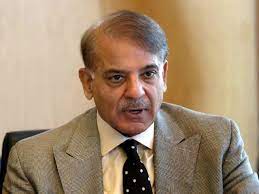 ISLAMABAD, May 30 (APP): Prime Minister Muhammad Shehbaz Sharif will pay a three-day visit to Turkey from Tuesday to hold talks with President Recep Tayyip Erdogan on bilateral relations and exchange views on regional and international issues.

This will be the Prime Minister’s first visit to Turkey since assuming office.

President Recep Tayyip Erdoğan was the first world leader to call the Prime Minister on 11 April 2022 to felicitate him. The two leaders also spoke on telephone on the occasion of Eid-ul-Fitr.

The Prime Minister will be accompanied by a high-level delegation including Ministers, Special Assistants to PM (SAPMs), and senior officials.

A business delegation from Pakistan comprising representatives of leading companies across various sectors will travel separately to Turkey to participate in the business engagements, Foreign Office said in a statement issued here Monday.

During the May 31-June 02 visit, the Prime Minister will have tete-a-tete with President Erdoğan. This would be followed by delegation-level talks.

Besides covering the entire gamut of Pakistan-Turkey bilateral relations, the two leaders will exchange views on regional and international issues.

Both leaders will address a Joint Press Stakeout after their meetings. President Erdoğan will host a dinner in honour of the Prime Minister.

This year, Pakistan and Turkey are celebrating the 75th anniversary of the establishment of diplomatic relations.

During the visit, the Prime Minister of Pakistan and the President of Turkey would jointly unveil a logo, marking the commencement of celebrations of this important milestone in the long history of exceptional bilateral ties.

The Turkish Ministers of Foreign Affairs, Trade, and Health would call on the Prime Minister during the visit.

The Prime Minister will have extensive interaction with leading Turkish businessmen and potential investors from diverse sectors. He will be hosted by President of the Union of Chambers and Commodity Exchanges of Turkey (TOBB).

During these events, the Prime Minister will highlight Pakistan’s vast investment potential and encourage Turkish companies to invest in Pakistan and work to strengthen Pakistan-Turkey trade and economic ties.

Prominent businessmen from Pakistan will participate in these events and will also hold Business to Business (B2B) meetings on the sidelines.

The relationship between Pakistan and Turkey is underpinned by structured institutional mechanisms.

The High-Level Strategic Cooperation Council (HLSCC) is the primary platform at the leadership-level, which has been instrumental in further cementing bilateral relations. So far, six sessions of the HLSCC have taken place. The 7th session is slated to take place this year.

The historic and long-standing relations between Pakistan and Turkey are firmly anchored in common faith, shared history, and a glorious tradition of mutual support to each other on issues of core interest.

The Turkish leadership and government have steadfastly supported the just cause of Kashmir. Turkey is an important and active member of the OIC Contact Group on Jammu and Kashmir.

The two countries have convergent views on a range of issues including peaceful and stable Afghanistan, Palestine, and countering Islamophobia.

Besides being part of regular high-level exchanges between the two countries, the Prime Minister’s visit to Turkey is important in the context of deepening and broadening bilateral cooperation in the areas of trade, investment, regional connectivity, health, education, culture and people-to-people relations.

It will help in further strengthening the leadership dialogue and existing multi-dimensional strategic relationship between the two countries and will impart fresh impetus to the efforts to take this unique partnership to new heights, the statement concluded.