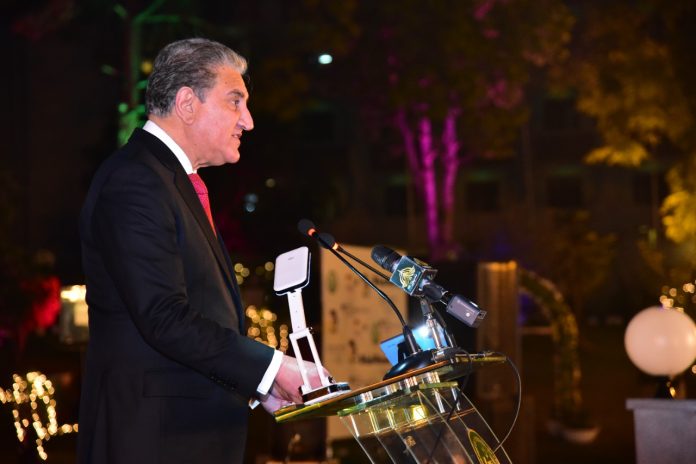 He said Pakistan was among the first Asian countries to establish diplomatic relations with Germany.

“Like all good long-term friendships, ours has never been transactional. There was a time when Germany, coming out of the war, needed a hand and found Pakistan sharing its resources as part of the London Agreement and subsequently, cancelled all debt. Indeed our ties are underpinned by shared values of democracy, pluralism, diversity, peace and security,” he remarked.

He said Pakistan-Germany high-level interaction, parliamentary exchanges and people-to-people contacts have been growing.

Recalling his participation in bilateral Strategic Dialogue held last year, Qureshi said that was his first visit to a European country amidst the Covid pandemic. Moreover, Foreign Minister Maas also visited Pakistan twice this year in April and August.

“This reflected our resolve to work together to bind our bilateral relations and to collaborate closely for regional and global peace and security,” he said.

The foreign minister said that Germany was one of the major trading partners of Pakistan and a number of German companies were active in Pakistan in areas, ranging from pharmaceuticals to automotive sectors.

Further, Pakistan-Germany cultural ties predate the establishment of their formal relations as Pakistan’s national poet Dr. Allama Muhammad Iqbal studied in Heidelberg and Munich over a century ago.

Iqbal had admiration and respect for German culture and people. Iqbal’s “Message from the East (Payam e Mashriq)” was written as a tribute and friendly response to Goethe’s West-ostlicher Divan.

He said the humanitarian work of Dr. Ruth Pfau, a Pakistani-German for combating leprosy attested to the fact that humanity transcended boundaries.

Moreover, Pakistani Diaspora in Germany had been consistently and positively contributing to the economic development of Germany in various fields.

He said Germany was also one of the top higher education destinations for Pakistani students.

Even, some of the great women and men of Pakistani origin in Germany who had made strong strides in their fields, contributing positively to the growth and development of the country.

He said Pakistan would soon be issuing a commemorative coin to cement this historic 70 year landmark.

He thanked the students of PASCH School from the Millennium Education for rendering the National Anthems of Pakistan and Germany in an impressive manner. He also commended the musical performances by students of Leif Larsen Music Centre from the renowned Hunza School of Music. He also thanked Germany for gifting the Foreign Service Academy with solar panels, calling the gesture as a testimonial to Germany’s pro-environment credentials and aligned with the vision of Prime Minister Imran Khan for a prosperous green future.