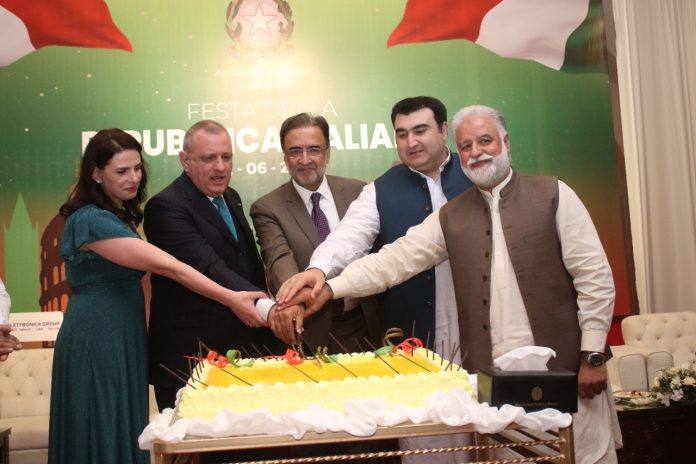 ISLAMABAD, Jun 2 (APP):Advisor to Prime Minister on Kashmir Affairs and Gilgit-Baltistan Qamar Zaman Kaira on Thursday said that Pakistan profoundly values its relations with Italy bilaterally in the European Union (EU) and multilaterally in the international forum such as the United Nations.

Addressing a celebration ceremony of Italian National Day as a guest of honor, the advisor to the prime minister said that Pakistan regards Italy as a good friend and reliable partner. He said Pakistan and Italy have commonalities of views and the broad range of regional and international issues since both countries are keen to promote global peace and development.

He further stated that the trajectory of Pakistan and Italy ties is positive, and “we are determinant to strengthen it further. Our mutually beneficial cooperation is strengthened by a shared of diplomatic values, democratic values, commitments, continued engagement, and willingness to help each other”. Pakistan looks forward to deepening its partnership with Italy to achieve its objective of peace, prosperity, and development.

Qamar Zaman Karia Italy is one of the largest trading partners of Pakistan in the EU and among the top ten globally. Our bilateral trade during the fiscal year 2021 increased rapidly. There is still great potential to expand bilateral trade and investment. Pakistan is firmly committed to further developing and deepening our mutually beneficial relationship in the economic and commercial spheres. There are many Pakistanis living in Italy; they see it as a bridge between two friendly nations and positively contribute to the economic development of Italy, he added.

Ambassador of Italy to Pakistan Andreas Ferrarese, addressing the audience, said that Italy and Pakistan have a long history of cordial relations and cooperation in political, economic, cultural, and social spheres. It is a matter of great satisfaction that the two nations have unanimity of views on several issues of global importance, and mutual cooperation in all the fields has been on the rise.

He said that the foreign ministers of both countries recently met in New York, where they renewed the determination to strengthen the bilateral partnership.

With its unique geo-strategic location and improved security conditions, the Ambassador further said that Pakistan offers excellent investment opportunities for Italian companies. With a population of around 220 million and a constantly growing demand for high-end products, Pakistan remains an attractive market for Italian manufacturers and businesspeople.

It is worth mentioning that remittances from Pakistani workers in Italy hit an all-time high. With the figures of $711.7 million in FY22, Italy has become the seventh-largest center of worker remittances to Pakistan globally and the top one in the EU countries.

The ultimate Italy-Pakistan Mixed Economic Commission took place in Islamabad, where the two sides discussed trade opportunities between the two countries, focusing on developing foreign investments through SEZ (Special Economic Zones) in key sectors such as agro-industry, the Ambassador added.

The Ambassador further stated that Italy is home to more than 150.000 Pakistanis, the largest Pakistani diaspora in Europe (after Brexit). Engaged in various production sectors in Italy, they continue to make a great contribution to both countries economies. The Italian government and people appreciated Pakistan’s solidarity with Italy when Italy was severely affected during the early stages of the Covid-19 pandemic.

He said the Italians’ love for Pakistani mountains is no secret, which reflects through their conservation and uplift activities of Pakistan’s mountainous areas.

The Embassy of Italy in Islamabad is committed to boosting commercial ties between the two countries. The Ambassador informed that both countries should explore all the possible avenues focusing on agriculture, machinery, textiles, and tourism. He said that our collaboration in textiles, agriculture, livestock, construction, marble, pharmaceuticals and tourism would help enhance Pakistan’s industrial scope and increase exports of value-added goods. “We are excited about the launch of “Olive Culture Project” in Pakistan that would bear tangible fruits for the country in the future “. 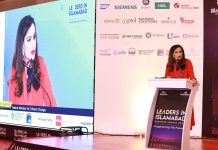 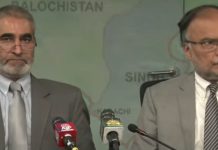 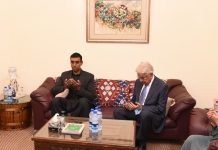 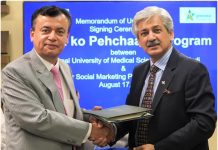 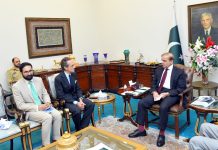