KARACHI, Aug 14 (APP):An impressive Change of Guard ceremony was held at mausoleum of Father of the Nation, Quaid-e-Azam Muhammad Ali Jinnah marking the celebration of Independence Day of Pakistan.

Commandant Pakistan Naval Academy, Commodore M Khalid graced the occasion as Chief Guest and reviewed the guard. The chief guest and Pakistan Navy contingent presented Qaumi Salam to the Father of the Nation.

The ceremonial guard mounting was followed by laying of floral wreath at the Mazar-e-Quaid by the chief guest on behalf of Chief of the Naval Staff, officers and men of Pakistan Navy. Later, the chief guest offered fateha and recorded his remarks in the visitor book paying rich tribute to the Quaid.

Earlier, the day dawned with gun salutes and special prayers were offered in all mosques in the naval areas for solidarity and progress of the country. Pakistan Navy ships and establishments were illuminated in the navy’s traditional manner. Flag hoisting ceremonies were held at units of Pakistan Navy at Islamabad, Lahore, Karachi, Gwadar, Ormara and Sujawal.

Pakistan Navy celebrated Independence Day with resolution to protect homeland against any aggression. 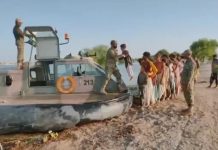 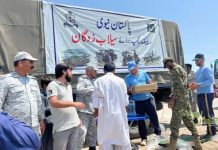 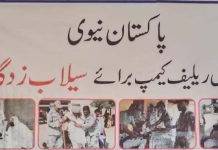 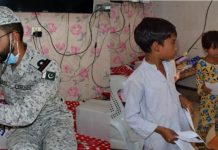 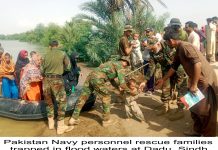 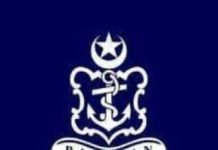