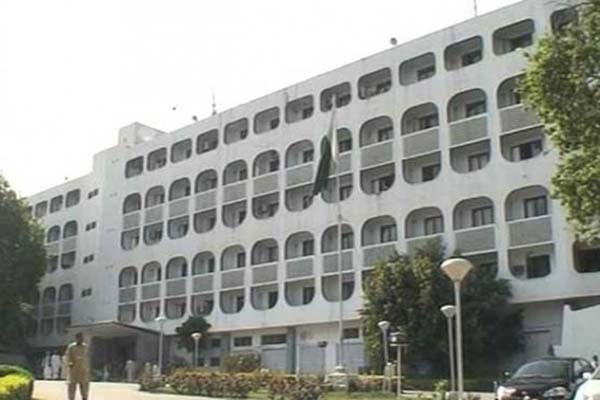 ISLAMABAD, Mar 8 (APP): Pakistan is fully committed to the promotion and protection of women’s rights, both nationally and internationally, the Foreign Office said Tuesday.

In a special message on International Women’s Day, the Foreign Office said through various policy measures and legislation, Pakistan continued to make utmost efforts for women empowerment and their equal participation for building an inclusive society.

“The government will continue to fulfill its obligations under Convention on the Elimination of All Forms of Discrimination against Women, Beijing Declaration and Platform of Action as well as United Nations Sustainable Development Goals(SDGs), particularly Goal 5 and its related targets,” it said.

The FO said the foundations of Pakistan were laid on the contributions of men and women alike.

Our Constitution and legal framework provide guarantees for equal participation by women in all spheres of life including, social, economic, and political, it said.

The Foreign Office said Pakistan paid tribute to the women around the world whose resilience, sacrifices and efforts have made it possible for humankind to progress and build a better future for all.

No society or nation can succeed and achieve sustainable development without realization of gender equality and women empowerment, it said.

The FO said the recovery from COVID-19 pandemic was only possible by creating inclusive political systems, workforce, economies and societies.

Pakistani women have contributed immensely to national development and progress, it said.

“We are proud that today Pakistani women participate in every facet of public life. They have held prominent positions, including as Prime Minister, Governor of State Bank of Pakistan, Speaker of National Assembly, Judge of the Supreme Court, Chief Justice of High Court, and important portfolios in the Cabinet as well as Federal and Provincial Secretaries, Generals, fighter pilots and UN peacekeepers,” it said.

The FO also paid special tribute to the remarkable Pakistani women in diplomacy for their exemplary service, hard work and dedication in contributing to the foreign policy objectives and ably representing Pakistan across the world.

It also expressed solidarity with the oppressed women in Indian Illegally Occupied Jammu and Kashmir (IIOJK).

For over seven decades, they are enduring egregious human rights abuse by Indian occupation forces including sexual violence, rape and molestation – that have been extensively documented by the Office of the UN High Commissioner for Human Rights as well as by various UN Special Procedures Mandate Holders, it said.

The FO urged upon the international community to hold India accountable for these serious crimes.

Ambassador of Denmark, Lis Rosenholm planting a tree during her visit...

A young vendor waiting the customers for selling the flowers hands...