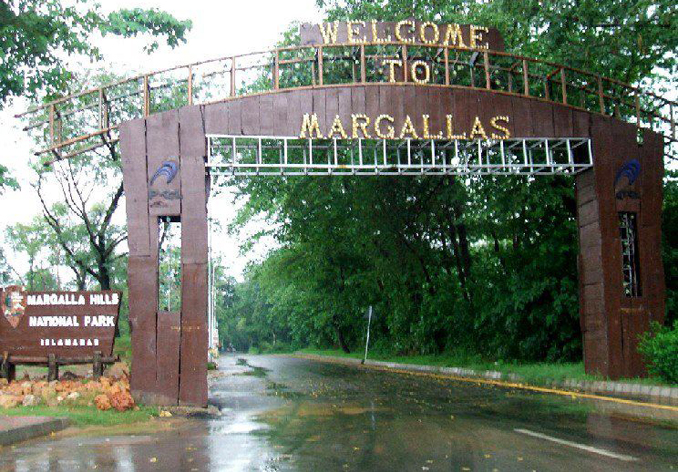 ISLAMABAD, Jun 12 (APP): Islamabad Wildlife Management Board (IWMB) in a timely and prompt response successfully foiled a hunting and poaching attempt made by intruding hunters at Trail-3 of Margalla Hills National Park on Saturday night.

The IWMB officers and field supervisors after noticing a suspicious entry of vehicles into the national park launched a timely action against the serious violation of Islamabad Wildlife Management Ordinance 1979 and Section 144 in Margalla Hills National Park, said an IWMB official in a news release.

Over 20 individuals at 23:45 hours (Saturday night) entered the Trail-3 of the national park with hounds for hunting in a Vigo car, two Corolla cars and a white pickup which was full of hounds, he said.

A case has been registered in Kohsar Police Station on the request of the field supervisor of the board whereas according to the First Information Report (FIR) lodged in the police station stated that the IWMB official noticed the vehicles at Islamabad Zoo traffic signal from where the vehicles moved towards Saidpur village and then entered the Trail-3.

The Islamabad Police has launched a further investigation after the case was registered and continued it’s efforts to identify vehicle numbers with the help of Safe City cameras to trace the suspects.

“We will not allow anyone to limit the natural environment and biodiversity of Margalla Hills,” the IWMB official said.

The Board official in their statement mentioned that the hunters after sometime left Trail-3 and went to Sector F-6 through Margalla Road and then entered into two different streets of Sector F-7/3.
The Board had requested to trace the individuals to initiate stringent action against violators.

It may be mentioned here that the Trails of Margalla Hills National Park are replete with wildlife including barking deers, Leopards, Khaleej pheasants, wild boars and exotic birds including pangolins that are extremely poached and face threat of extinctions. 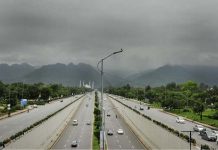 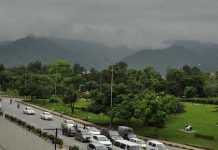 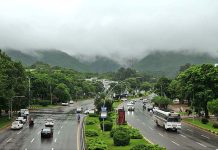 A beautiful view of clouds hovering over the Margalla Hills in Federal Capital. 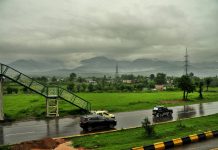 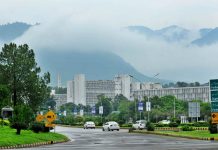 An attractive view of clouds touching down the Margalla Hills. 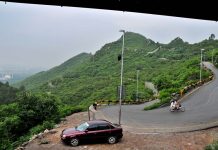 A beautiful view of Margalla Hills after rain in the city 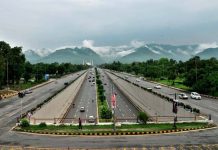 A beautiful view of clouds hovering over Margalla Hills after rain