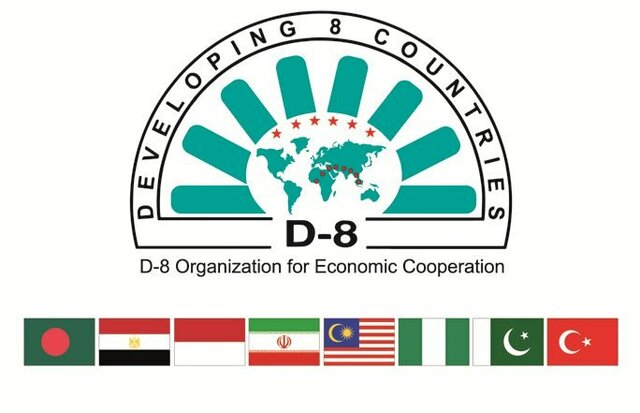 ISLAMABAD, Jul 26 (APP): Minister of State for Foreign Affairs Hina Rabbani Khar will represent Pakistan at the 20th Developing-Eight (D-8) Council of Foreign Ministers’ meeting to be hosted by Bangladesh in hybrid format on Wednesday.

The D-8 Group was established in Istanbul on 15 June 1997. In addition to Pakistan, its founding members include Bangladesh, Egypt, Indonesia, Iran, Malaysia, Nigeria, and Türkiye.

Housed in Istanbul, the Organization is currently led by Ambassador Isiaka Abdulqadir Imam of Nigeria, who assumed the position of Secretary-General on January 1, 2022.

With a combined population of more than 1.1 billion people from eight developing economies of the Muslim world, D-8 is a unique cross-regional inter-governmental Organization, stretching from Southeast Asia to Africa.

The D-8 member states represent 60 percent of the world Muslim population and have an annual GDP of nearly US $4.92 trillion.

The group presents a robust platform to promote economic growth, trade and development, and enhanced connectivity amongst some of the world’s largest Muslim countries, as well as to forge common approaches to international economic issues and architecture.

The organization also aims to enhance social, cultural and scientific cooperation besides promoting trade, connectivity and ease of business amongst its members.

With the intra-D-8 trade target of US $500 billion conceived under the Decennial Road Map 2020-30, Minister of State Hina Rabbani Khar would be encouraging D-8 countries to swiftly implement the existing Preferential Trade Agreement and further expand the remit of their multi-sectoral cooperation.

Besides, prospects and implementation of the D-8 Payment Card System, D-8 Barter Trade System and promotion of D-8 Creative Economy such a halal food will also come under discussion.

Pakistan’s University of Agriculture, Faisalabad has been declared as the D-8 Research Center for Agriculture. Pakistan plans to host the 4th Senior Officials and 3rdD-8 Ministerial meeting on Tourism this year. The country has also designated Jinnah International Airport, Karachi, as D-8 Airport.