ISLAMABAD, Apr 06 (APP):Eighty new prayer halls as part of the third phase of expansion at the Grand Mosque in Makkah have opened to worshipers for the first time during Ramadan this year, the General Presidency for the Affairs of the Grand Mosque and the Prophet’s Mosque announced.

Walid Al-Masoudi, director of the General Administration of the Third Saudi Expansion at the Grand Mosque, said the new halls are on the ground and first floors and the first and second mezzanine levels of the mosque.

Worshipers can access them through a number of entrances on the northern, western and eastern sides of the mosque, as well as the main gate.

The new facilities represent 95 percent of the total capacity of prayer halls inside the section of the mosque that houses them, which can now accommodate up to 300,000 worshipers. If these interior halls are full, the northern courtyards can hold an additional 280,000 worshipers and there is space for even more in the western courtyards, Arab News reported.

Al-Masoudi said the number of worshipers at the mosque increases during Ramadan and teams are in place to ensure that they can move around, locate the new prayer halls and enter and leave easily and safely.

He added that all the work is carried out under the direct supervision of Mohammed Al-Jabri, the under-secretary-general for services, field affairs and environmental protection at the General Presidency, under the direction its president, Sheikh Abdulrahman Al-Sudais, in line with the objectives of the Kingdom’s leadership to provide the best quality of services for visitors to the Two Holy Mosques. 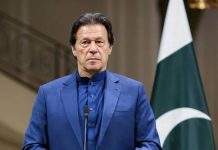 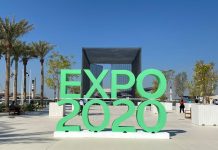 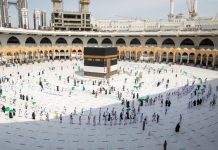 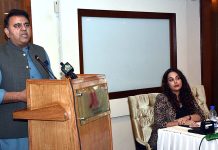