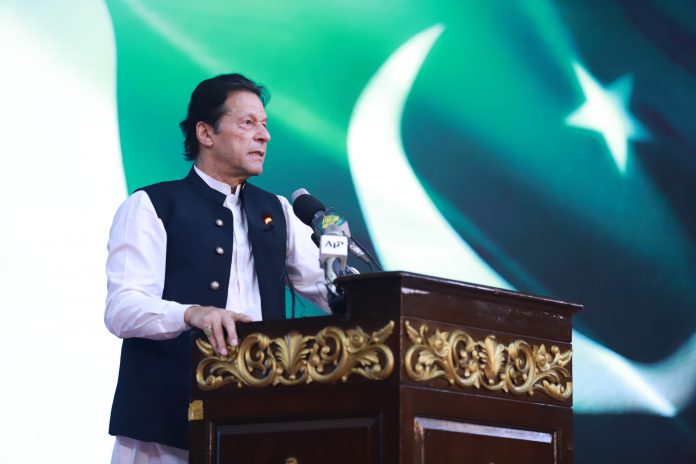 ISLAMABAD, Nov 25 (APP): Prime Minister Imran Khan Thursday warned for strict against those fertilizer manufacturers who, in connivance with some dealers, might be acting as mafia to create artificial shortages for escalating the prices.

The prime minister, chairing a high-level meeting to review wheat and fertilizer stock in the country, called for an immediate crackdown on fertilizer hoarders and punitive action against them under anti-profiteering and anti-hoarding laws.

The meeting was informed that there was 6.6 million metric tons of public wheat stock available and an adequate stock of fertilizer would also be available for the Rabi crop in 2021. Both stocks are adequate to meet the requirements of the country, it was told.

Referring to the collected data, the meeting was told that fertilizer companies based in Sindh had provided abnormally greater stock to some dealers in the province as compared to the dealers in other areas of the country where it is required for meeting cultivation demands.

The prime minister expressed serious concern over the disproportionate stock distribution of Urea and directed that fertilizer be provided to other areas as per the requirement of farmers.

The prime minister emphasized that PTI government had introduced farmer-friendly policies for the first time in the country’s history. However, he lamented that mafias were busy profiteering rather than caring for the consumers’ interest.

He said that the government was providing Rs. 120 billion subsidy on gas to the fertilizer industry along with Rs. 100 billion worth tax incentives. Yet the fertilizer companies are supplying extra amount of fertilizer to specific dealers in some areas which reports indicate are involved in hoarding.

This disparity has benefited the hoarders as a result of which artificial shortage has been created, he viewed.

He directed that Track & Trace system introduced for sugar sector should also be used for fertilizer industry to discourage artificial shortage and price manipulation.