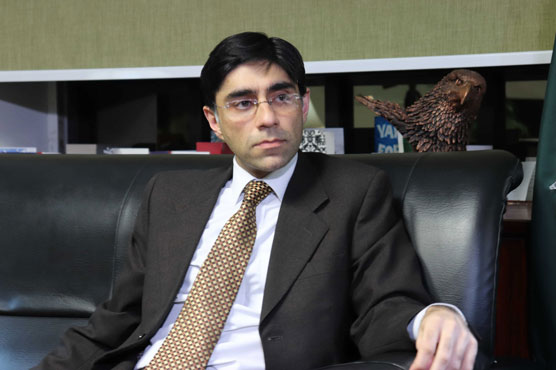 In an interview to China Central TV, he said, China would facilitate and help in terms of donations and commercial sales, adding the majority of Pakistanis were administered Chinese vaccines.

“We are grateful for all help provided by China. We are a country of 220 million and it’s a lot more to go. We will continue to work with our Chinese counterparts to ensure that more and more is available to us to ensure that all our people get vaccinated.”

He said it should be understood that Pakistan and China have been friends and partners and have had strategic relationship.

“We have used all sorts of clichés to define this friendship. The true sense of friendship between states even defines whether your partner has been available in the toughest of times,” the NSA remarked.

He added that China has always been available for Pakistan in the hour of need and Pakistan always reciprocated the same wherever and whenever needed.

To a query, he replied that due to Covid-19 pandemic physical interaction was minimized which is important for strengthening the relations.

“We recently had the JCC meeting after a long time to reaffirm Pakistan’s commitment to China and vice versa and also to agree on the way forward, fast track projects and to signal the world that Pakistan and China would continue to go strength to strength,” the NSA maintained.

Dr Moeed explained that Iron brothers meant that this was a partnership that could not be broken, adding, “others around the world can try but cannot create a wedge between us. Our interests match and our partnership for so many years have borne the tests of time.”

He further mentioned, in moments of adversaries both sides remained available for each other and that’s truly what an iron brother relationship was all about. “of course there are also Muslim brother countries but Pakistan and China have a special relationship,” he added.

The NSA commenting on Chinese poverty alleviation model said that Prime Minister Imran Khan is very clear that the Chinese model of development is one to emulate.

“No country and nation in history had brought so many people out of poverty,” he said.

Responding another query, he said, “On Xinjiang issue, we simply do not accept the picture and analysis being presented by the West.”

Commenting on the Pakistan and China ties contours, he said there was no other country that could come close to China in terms of partnership and investment made in Pakistan.

He was of the view that it was of course Pakistan’s responsibility to protect every foreigner and specially for the Chinese two army divisions were raised to protect them in the country and also under CPEC projects.

He concluded that Pakistan has come up with the systems that no one else in the world has to spend so much time and energy to ensure that our Chinese brethren were safe in Pakistan.