MIRPUR (AJK): Oct 09 (APP): Azad Jammu and Kashmir (AJK) President Sardar Masood Khan while lauding the efforts of World Food Programme (WFP) for the food security on the international level, Friday said since 1972, the WFP in collaboration with the state government had been offering appreciable services in the food supply and other sectors.

Talking to a delegation which called on him under the leadership of the WFP Country Director Chris Kaye in the State Metropolis, he said the WFP had generously contributed to the relief and rehabilitation of the affected people of the devastating earthquake of 2005, flash flood of 2010, and torrential downpour and avalanche in Neelum Valley last year, AJK President Office told media.

Expressing gratitude for completing Emergency Storage Facility in Muzaffarabad and handing it over to the SDMA on the 15th anniversary of 2005-earthquake, the president hoped that in future too, the WFP in collaboration with the state government would extend prompt relief to the affected people of natural calamities, climate change, epidemics and diseases in Azad Kashmir, and besides taking measures for preparation and response to disasters and under-nutrition children.

Sardar Masood Khan expressed the pleasure that even 15 years after the 2005-earthquake, the international community and the agencies were extending assistance, and because of the support of these agencies, we would be able to better respond to any natural calamity in future with full preparations.

Similarly, several civilians sustained injuries or disability when the landmines went off on the line of control and their rehabilitation providing wheelchairs and other surgical equipment to them was a big challenge for the state government.

Addressing the country representative of the Islamic Development Bank (IDB) Inamullah, the AJK president thanked the IDB and OIC for helping in the reconstruction of 315 quake-hit educational institutions in the liberated territory.

Inamullah Khan assured that the IDB would consider cooperating in the promotion of agriculture particularly horticulture and floriculture for the economic uplift of the liberated territory. The IDB would also launch a project for the education of 40,000 dropout children in Azad Kashmir. 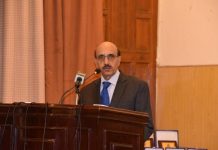 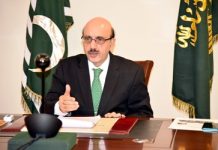 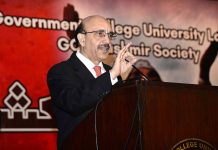 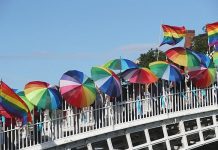 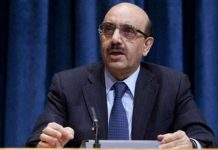 Jammu and Kashmir people won’t compromise on their birthright to self-determination at any cost: AJK President 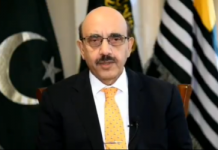 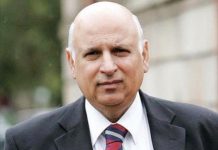 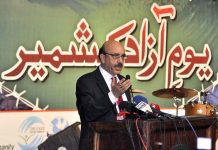 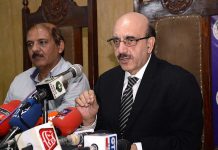