ISLAMABAD, Sep 4 (APP): The theft of over 200 kilograms of nuclear material over the last two decades in India poses a serious threat of nuclear terrorism, necessitating action by the global powers to address poor safety standards in the country.

China and Pakistan, the countries neighbouring India, have been calling for strengthening regulations following repeated incidents of theft of nuclear material in India.

Such incidents have raised concerns about India, which has emerged as a potential hotspot in the illegal trade of nuclear technology and materials vital for a malicious nuclear supply chain for state and non-state actors.

According to a timeline issued by The South Asia Strategic Stability Institute (SASSI), 18 nuclear material’s theft and lost incidents were reported in India from 1994 to 2021 involving over 200 kg of nuclear material. 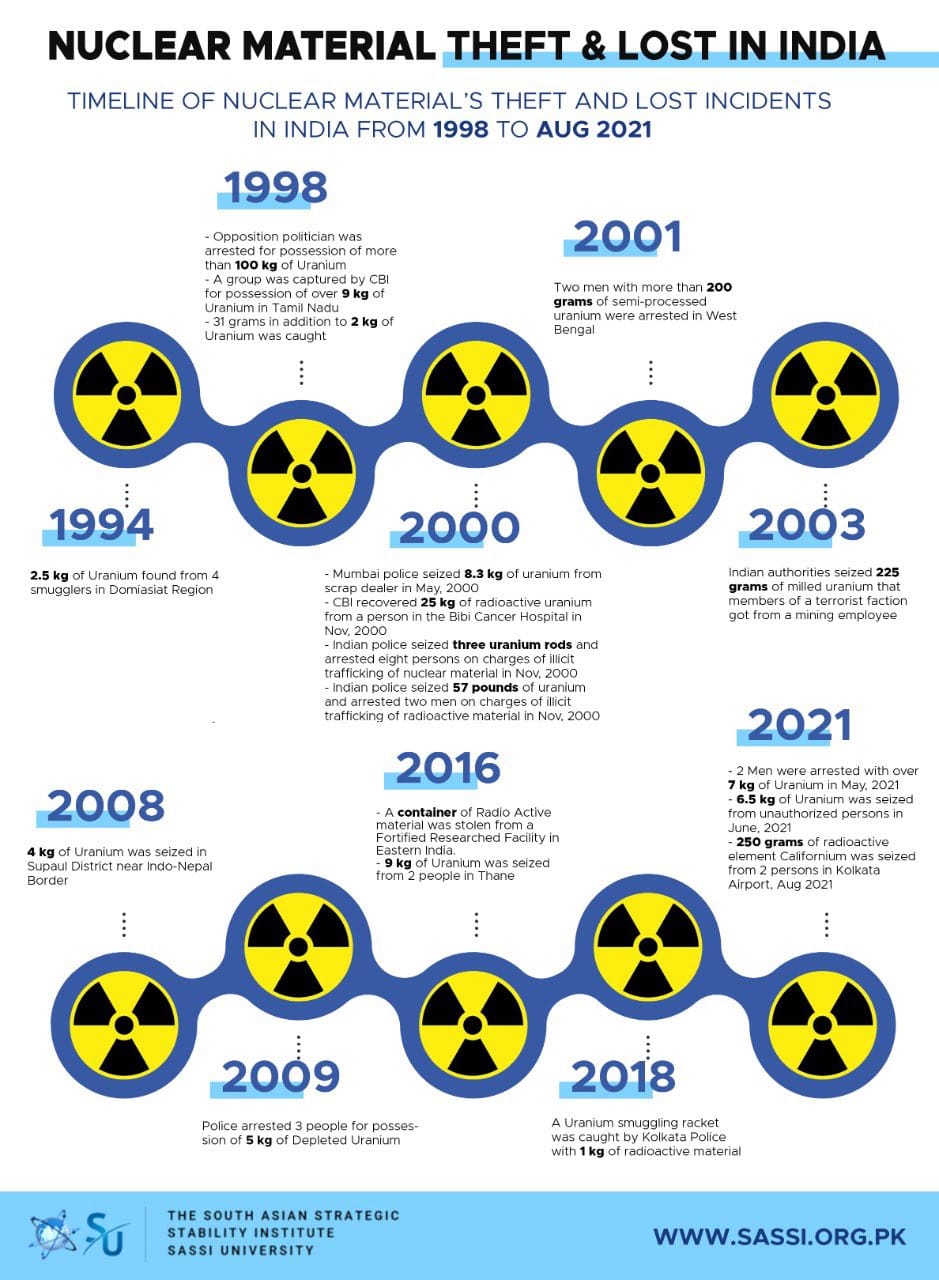 According to a research paper jointly issued by SASSI President Dr Maria Sultan and now Human Rights Minister Dr Shireen Mazari, the reports of Indian involvement in the theft of nuclear fissile material dates back to the early 1970s, but the magnitude of the threat increased manifold in the 1980s and 1990s.

India needs to answer the world how can the state allow its street criminals to posses uranium. Someone would have used this for terrorism & India would have claimed it was Pakistan. The truth has been exposed. The world must ask India to answer. https://t.co/3NMLQM20r9

In the late 1980s, the CIA had concluded that India was trying to develop a sophisticated Hydrogen bomb. In 1994, on a tip-off, a shipment of beryllium was caught in Vilnius, worth US $ 24 million.

“The material could fall into the hands of extremists and terrorists in India with disastrous consequences. The out-of-control material could also be a cause of concern due to the proliferation reasons. It is also the responsibility of global organizations and India’s partners to raise the standard of nuclear safety and security in the country and investigate shortcomings for maintaining tight controls on nuclear and radioactive materials,” said Sarman Ali, an Islamabad-based defence analyst.

Should look seriously in this . As it is most dangerous radioactive element used for atomic bomb. Countries signed no use of nuclear weapons & this declined our image. In. Covid national security can’t be compromise.

Pakistan had repeatedly called for a thorough investigation of such incidents and sought measures for strengthening the security of nuclear materials to prevent their diversion.

The latest incident was reported by the Indian NDTV from Kolkata, while quoting a senior officer, where the West Bengal Crime Investigation Department has arrested two persons from an area near the Kolkata airport for illegal possession of radioactive substances, which have an “estimated worth of ₹ 4,250 crore [Indian Rupee].”

Foreign Office spokesperson said in a recent statement said that such incidents were a matter of deep concern as “they point to lax controls, poor regulatory and enforcement mechanisms, as well as the possible existence of a black market for nuclear materials inside India.

Imagine, 7.1kilos of highly radio active stolen uranium worth Rs 30 crores was on sale in India, pedalled by Jayesh Pandya, a Modi acolyte, who heads the Indian nuclear mafia. The IAEA owes the world an explanation. The UNSC must ask for an investigation.

He pointed to the United Nations Security Council Resolution 1540 and the International Atomic Energy Agency (IAEA) Convention on the Physical Protection of Nuclear Material (CPPNM) which made it binding on states to ensure stringent measures to prevent nuclear material from falling into wrong hands.

Following the recovery of 7,100 grams of radioactive uranium by the police in Mumbai in May this year, China had called on all the countries to join treaties for non-proliferation aimed at ensuring nuclear safety.

“Nuclear terrorism is the security challenge faced by the international community. All governments have the responsibilities to strengthen regulation of nuclear materials to combat nuclear trafficking to ensure the nuclear safety and security,” Chinese Foreign Ministry’s Spokesperson Hua Chunying said.

Dr Maria Sultan in a tweet said it was time that the Indian state establishes an independent nuclear regulatory authority, else “India will soon be the only state proliferator of nuclear materials to non state actors and terrorists.”

May be it is time that the Indian state should establish an independent nuclear regulatory authority otherwise India will soon be the only state proliferator of nuclear materials to non state actors and terrorists https://t.co/g2oV2dUFPa

At least 11 states in India have uranium reserves with Andhra Pradesh, Jharkhand and Meghalaya recording the largest reserves of radioactive material. 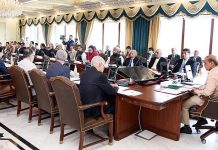 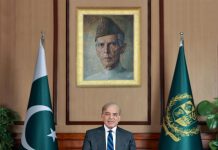 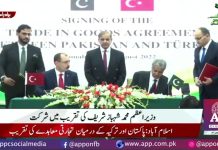