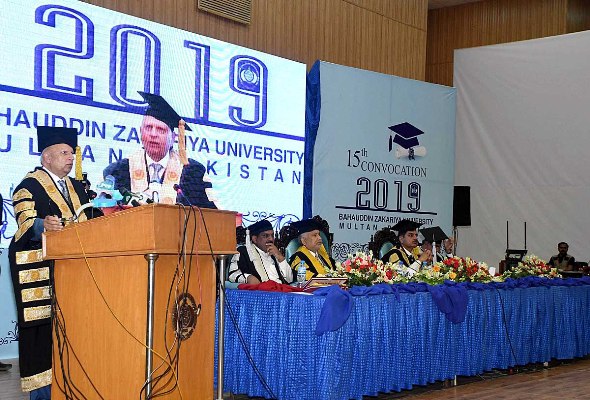 “Indian held Kashmir is a disputed territory and Modi has no right to change its special status, the governor said while addressing the 15th Convocation of the Bahauddin Zakariya University (BZU) at Jinnah Auditorium here on Wednesday.

He said that Pakistan would raise the issue at every world forum to expose barbarities being committed by Indian Army in Occupied Kashmir. He added that the Pakistani nation stood by its Kashmiri brethren.

Pakistan, India have to settle their territorial dispute through political will,...