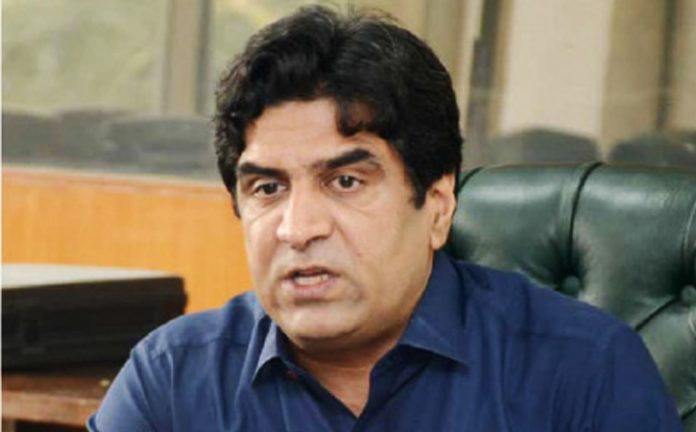 ISLAMABAD, Nov 16 (APP):Special Assistant to Prime Minister on Capital Development Authority Affairs Ali Nawaz Awan on Saturday assured that he would play role for resolving the key issues of business community so that they could promote business activities smoothly.

He was addressing the local traders and industrialists during his visit to Islamabad Chamber of Commerce and Industry (ICCI), says a press release.

Ali Nawaz Awan said that availability of a conducive environment to businessmen contributed towards sustainable economic growth and said that the government was taking many initiatives to promote the ease of doing business in the country.

He appreciated the role of ICCI in promoting business interests of its members and assured his cooperation in resolving major issues of trade and industry.

Speaking at the occasion, Muhammad Ahmed, President, ICCI said that on a written proposal of the Chamber, the CDA Board four years ago had approved amendments in industrial building byelaws to meet the current day needs of industry, but due to unknown reasons, CDA has not notified them as yet due to which industrial sector was facing problems.

He said that industrial areas in I-9 and I-10 sectors of Islamabad were built about 40 years ago and building byelaws of that time were now not in commensurate with the today’s needs of industry.

However, despite the passage of four years, CDA has not notified them and urged that Ali Nawaz Awan should play role for issuance of said notification.

Tahir Abbasi Senior Vice President and Saif ur Rahman Khan Vice President ICCI said that CDA’s lease renewal process was very complicated due to which lease of many commercial and industrial plots were on hold. This situation was not only creating problems for business community, but also losing CDA’s revenue of billions of rupees.

They emphasized that CDA should be asked to simplify the lease renewal process.