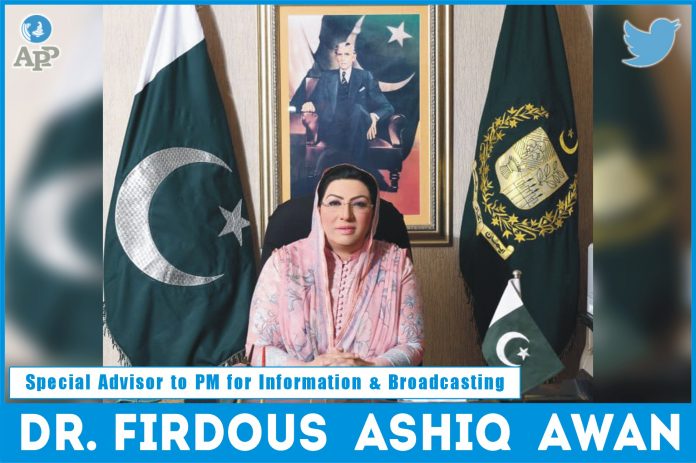 ISLAMABAD, Sep 17 (APP):Special Assistant to Prime Minister on Information and Broadcasting Dr Firdous Ashiq Awan said on Tuesday that the verdict of Indian Supreme Court on the situation in occupied Jammu and Kashmir has exposed lies of fascist Modi government.

In a tweet, she said that the Indian SC verdict was victory of Pakistan. She said that Indian repression and atrocities were retreating against the stead fastness and Kashmiris.