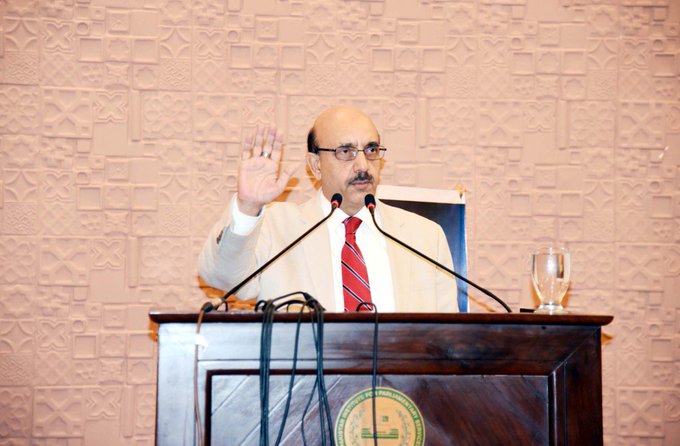 ISLAMABAD, Oct 10 (APP):Azad Jammu and Kashmir (AJK) President Sardar Masood Khan on Thursday said the whole nation would have to prepare for the defence of motherland and to thwart the enemy’s aggression as India had already imposed war on Pakistan and the Kashmiri people.

Speaking as chief guest at the conference on “Emerging Regional Security Situation and Kashmir Saga” organized by Pakistan Institute of Parliamentary Services (PIPS) here, he said the economic stability was imperative to make Pakistan’s defence invincible.

He said since the attack on the occupied Kashmir and imposition of constant curfew on August 5 there, the Indian rulers had frequently been talking about occupying the Azad Kashmir and striking Pakistan.