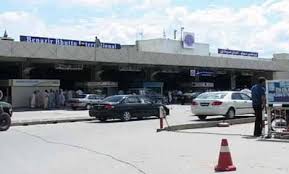 ISLAMABAD, Apr 10 (APP): Airports of a country generally portray its reflection to the world and a lot is done across the globe to equip them with state-of-the-art facilities in order to facilitate both local and foreign passengers.
Where the formation of New National Aviation Policy 2015, after 15 years, goes to the credit of the incumbent Pakistan Muslim League-Nawaz (PML-N) government, it has also done a lot to streamline the airports of the country.
Benazir Bhutto International Airport (BBIAP) of the federal capital speaks well of the endeavors of the government in this regard as the overall management and facilities at the airport have improved considerably during the past three years.