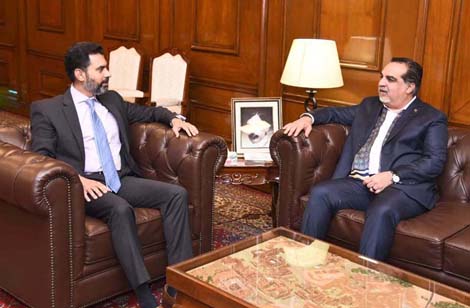 KARACHI, Nov 12 (APP):Sindh Governor Imran Ismail on Tuesday said that the government was near to achieving the economic targets, which was a good omen.

He held a meeting with SBP Governor Dr Reza Baqir during his visit to the Head Office of the State Bank of Pakistan (SBP).

Sindh Governor said stabilizing the economy was a challenge that was achieved by the Prime Minister’s economic team, according to a statement.

He said that strengthening of the national economy also led to improving the image of the country across the globe.

The meeting also discussed issues of national economy, economic policy and reforms, proposals of business community and other important issues in detail.