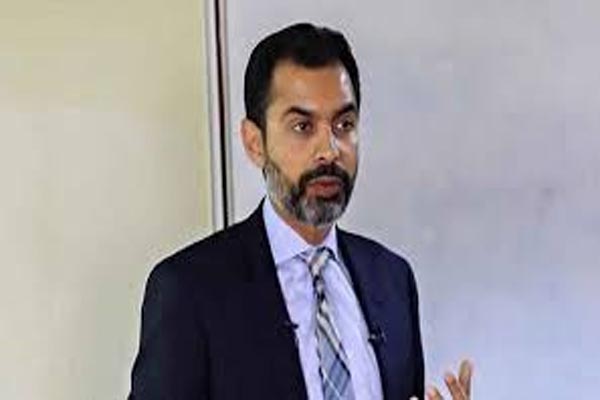 KARACHI, Nov 19 (APP):Governor, State Bank of Pakistan (SBP), Dr. Reza Baqir Tuesday appreciated the banks for their efforts in increasing the bank credit to the agriculture sector, which reached its historical high by end of FY19.

“It is for the first time in Pakistan’s history that credit to the agriculture sector has surpassed one trillion rupees,’ said the Governor in his keynote address. He was chairing the annual meeting of the Agricultural Credit Advisory Committee (ACAC) held in Peshawar, KPK as part of SBPs continued efforts to enhance agriculture credit in the underserved provinces and regions, said a statement issued here.

Dr. Baqir, however, urged the banks to enhance their efforts to achieve qualitative aspects of the assigned targets as well in line with the strategic shift and key policy actions taken by SBP regarding agricultural financing. He highlighted that most of the banks met their assigned targets except for some of the banks including ZTBL, PPCBL, some of the domestic private banks and Islamic banks falling short of achieving their targets.

The province wise agriculture credit disbursement witnessed double-digit growth across all provinces and regions; however, banks struggled to achieve their assigned targets in the underserved regions.

He urged agriculture lending banks and institutions to scale up their efforts and commitment to ensure achievement of agriculture credit target in the underserved provinces and regions.

Second, introducing a comprehensive scoring model for ranking of banks against key agriculture credit indicators and targets. Third, introducing incentives and penalties based on performance scores of banks. Dr. Baqir emphasized that there is a large scope for lending opportunities for banks that support both financial inclusion and banks’ profitability.

The keynote address was followed by a presentation wherein the performance of banks on agricultural financing was reviewed against their targets during FY19. While assigning the agriculture credit target for FY20, it was shared that the overall disbursement target of Rs.1,350 billion has been assigned to banks which is 89% of the total estimated agriculture credit requirement of Rs.1,518 billion. The province wise and sector wise distribution of the target was adopted while considering the provincial agricultural credit requirements, banks’ overall lending capacity and their business expansion plans.

It was highlighted that Islamic banks and Islamic branches of commercial banks have been assigned disbursement target of Rs.110 billion in line with previous year to help realize the potential of Islamic agriculture financing. Further, the overall target of outstanding borrowers has been enhanced to 4.67 million with the addition of 650,000 new borrowers.

The Committee also deliberated on the new directions in agricultural financing by focusing on technology especially digitalization of agriculture loan processes through adoption of Land Record Information Systems, Electronic Warehouse Receipt Financing system, and landmark initiatives like Kissan Digital Portal, which are key priorities under the National Financial Inclusion Strategy 2023.

Subsequently, presentations were also made on Dairy value chain in Gilgit Baltistan by the Bank of Khyber, Olive plantation and its value chain development by Pakistan Agricultural Research Council, Innovative project to reclaim barren land by a progressive farmer, Rural lending through digitization by HBL, Agriculture credit through alternative

delivery channels by Khushhali Bank and Opportunities for co-financing of PSDP projects through banks by Ministry of National Food Security.

While concluding the meeting, Dr. Reza Baqir encouraged all stakeholders to collaborate to enhance formal credit to agriculture. He urged the banks to enhance their efforts to achieve the regional targets assigned for the year.

Before closing the meeting, Governor-SBP thanked the participants and expressed his optimism that Banks will explore new investment opportunities through collaboration and experience sharing to achieve overall annual target for FY20 besides achieving their regional targets particularly in the underserved areas.

The meeting was attended by senior officials of federal & provincial governments, Presidents/CEOs of banks, members of all provincial chambers of agriculture, progressive farmers, representatives of KPK farming community and SBP officials.