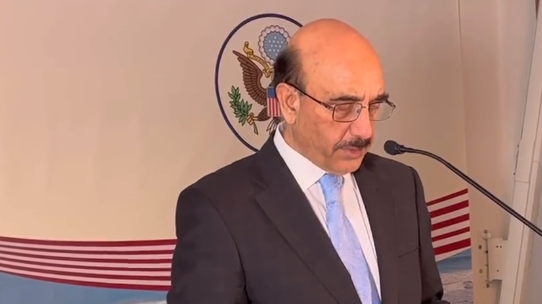 WASHINGTON, Aug 06 (APP): With the international community facing crises like Russia’s war in Ukraine, Pakistani Ambassador to the United States, Masood Khan, has warned that high tensions between India and Pakistan over the Jammu and Kashmir dispute risked sparking yet another crisis.

In an interview with Newsweek coinciding with the third anniversary of India’s revocation of Articles 370 and 35A that repealed the special status of the India-administered part of the disputed Kashmir region, he said while New Delhi’s move continued to stir frictions between two nuclear-armed nations, there has been a “dangerous indifference” to the issue on the part of the international community.

“Because of several developments in the international realm, for instance, Ukraine, the Indo-Pacific region, the United States or other permanent members of the U.N. Security Council have not been able to devote much attention to Kashmir,” Ambassador Masood Khan was quoted as saying in the mass-circulation American magazine.

“So there’s this continuing spell of inattention, which makes Kashmir a blind spot for the international community. This is perilous because, after all, Kashmir is located in a very sensitive region, and in this neighborhood, there are three nuclear powers, Pakistan, India and China.”

Newsweek correspondent Tim O’Connor, who interviewed the Pakistani envoy, wrote, “The fate of Kashmir and its mostly Muslim population led by a Hindu ruler, sparked the first large-scale conflict between India and Pakistan, who would go on to fight three more wars and continued to clash in recent years, with an uneasy, rare ceasefire reached only in February of last year.”

The report also includes Chinese Foreign Ministry spokesperson Hua Chunying’s comments made on the third anniversary of India’s annexation of Jammu and Kashmir, saying, “China’s position is clear and consistent.”

“The Kashmir issue is an issue left over from history between India and Pakistan,” Hua said. “This is also the shared view of the international community. We stated back then that parties concerned need to exercise restraint and prudence. In particular, parties should avoid taking actions that unilaterally change the status quo or escalate tensions.

“We call on both India and Pakistan to peacefully resolve the dispute through dialogue and consultation.”

Friday’s anniversary drew some international attention elsewhere as well, the report pointed out. The Organization of Islamic Cooperation (OIC) issued a statement condemning India’s “illegal and unilateral actions taken in the Indian Illegally Occupied Jammu and Kashmir, which were followed by additional unlawful measures including illegal demographic changes.”

“Such illegal actions can neither alter the disputed status of Jammu and Kashmir,” the OIC added, “nor prejudice the legitimate right to self-determination of the Kashmiri people.” 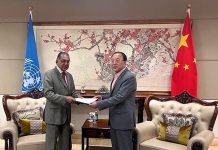 Passengers traveling on the rooftop of a van at Larkana-Shahdadkot Road...