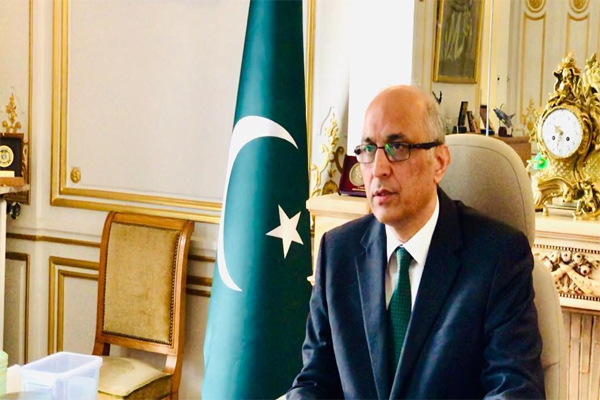 BEIJING, Sept 17 (APP):Pakistan’s Ambassador to China, Moin ul Haque said that the Shanghai Cooperation Organization (SCO), with its rich experience in multilateral cooperation and its growing number of member states, observers and dialogue partners, was opening up new space and opportunities for building a developmental space for open, mutually-beneficial and equitable cooperation in the Eurasian region.

“SCO’s developments enhance its important institutional role in formulating regional and global policies, and ensuring security and sustainable development for countries of the region and beyond,” he said in an interview with Global Times.

Ambassador Haque said that as a founding member of the SCO, China had been at the forefront of its evolution and expansion and Pakistan aimed to further enhance cooperation with China under the framework of the SCO.

Ambassador Haque said that “the transformation of the Shanghai Cooperation Organization to world’s largest regional organization in a short span of time is a testimony to SCO’s appeal, its robust agenda and its promise to promote regional peace and stability, socio-economic cooperation and overall well-being of the people.”

Meanwhile, Chinese President Xi Jinping met with Prime Minister Shahbaz Sharif in Samarkand on Friday. “China and Pakistan need to continue to firmly support each other, and build stronger synergy between their development strategies,” Xi said in the meeting with Sharif.

“The two countries also need to play their role in the Joint Cooperation Committee on the China-Pakistan Economic Corridor, and ensure the smooth construction and operation of major projects,” Xi said.

Ambassador Haque remarked that “China is Pakistan’s All-weather Strategic Cooperative Partner and (one of its) closest partners.

Friendship with China enjoys unanimous public and institutional support in Pakistan and is a cornerstone of our foreign policy,” he said, adding, “I am confident that with the strategic vision and guidance of leadership of our two countries, we will take our relationship to new heights as aspired by the people of our two countries.”

The senior diplomat stressed that Pakistan-China friendship had always proven to be timeless and time-tested and was rightly regarded as an anchor of regional peace and stability.

“We value China’s constructive role for the development of South Asia and stand ready to work together for achieving shared objectives of progress and development.”

According to the ambassador, Pakistan and China had a strong multifaceted bilateral cooperation.

In terms of future cooperation between the two within the SCO, both countries shared a common vision for regional peace and development and to make SCO mechanisms adapt to the changing needs of our times.

He observed that the world was passing through extraordinary and challenging times as there were geopolitical tensions underpinned by power politics while peace and stability still remained elusive in many parts of the world.

“Many economies of the world – developing countries in particular – are grappling with development gaps, trade distortions, lack of capital, social inequalities and degradation of agricultural lands and forests. The pandemic further aggravated these problems. So what should be done in the face of these challenges,” he asked.

“We must enhance international cooperation and solidarity and coordinate our efforts and pool our resources; as well as strive for a global future that is shared, safer, equitable and fair.

Pakistan shares President Xi’s assertion that ‘No global problem can be solved by any one country alone, and there must be global action, global response and global cooperation,” he added.

He said that from Pakistan’s perspective, this year’s SCO summit was important, as it convened at a time when “our focus has shifted from a geopolitical to a geo-economics vision that is centered on economic security and social well-being of the people.”

“Pakistan would also like to see SCO giving more impetus to the climate change agenda. The recent floods in Pakistan have brought in its wake unimaginable devastation to life and property.

This establishes the need and urgency for us to join hands in addressing climate change,” he said, adding, “we would also aim to continue our ongoing cooperation for regional connectivity and pursue the implementation of the SCO socio-economic agenda.”

The 22nd meeting of the Council of Heads of State of the SCO was held on Thursday and Friday in Samarkand, a historic city of Uzbekistan. During this year’s SCO summit, Iran signed a Memorandum of Obligations to become a permanent member of the SCO.

It’s reported that a dozen countries were also actively seeking to join the SCO.

The SCO was founded in 2001 by China, Russia, Kyrgyzstan, Tajikistan, Kazakhstan and Uzbekistan. In its first ever expansion, Pakistan and India joined the SCO as full members in 2017. 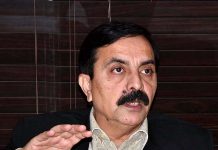 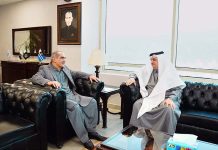 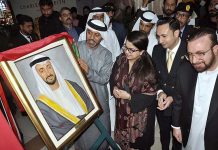 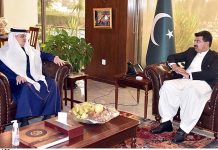 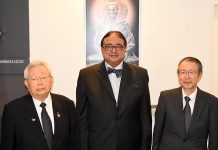 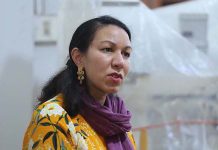 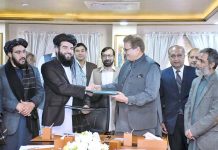 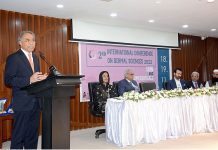 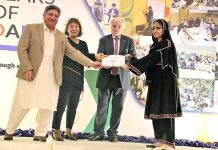 Ambassador of Germany to Pakistan, H.E. Alfred Grannas giving certificates during UNHCR, the UN Refugee Agency, and Inspire Pakistan, celebrated 30 years of the... 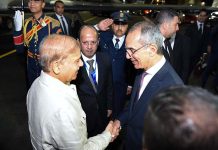 Prime Minister Muhammad Shehbaz Sharif is being received at Sharm El-Sheikh International Airport by senior officials of Egyptian Government, the Ambassador of Pakistan to... 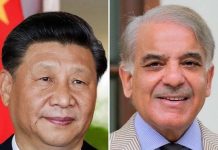 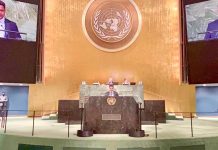 Ambassador Aamir Khan speaking on behalf of the Group of 77 and China on “Necessity of ending the economic ,commercial and financial embargo imposed...