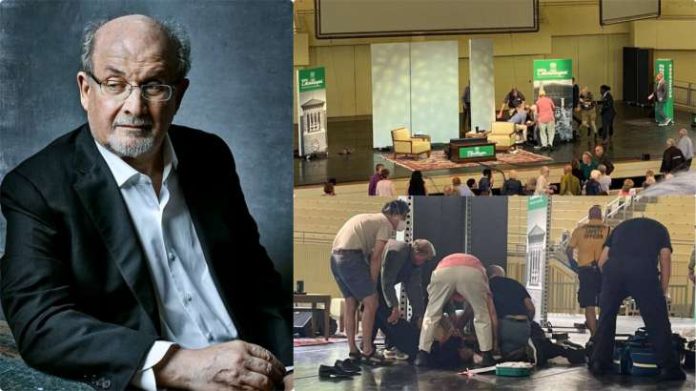 NEW YORK, Aug 14 (APP): British-Indian author Salman Rushdie has been taken off a ventilator and was able to talk on Saturday, as the man accused of stabbing him pleaded not guilty to charges of attempted murder and assault, according to media reports.

Rushdie, 75, whose novel “The Satanic Verses” drew death threats in the 1980s from Iran for its blasphemous content, was stabbed in the neck and abdomen Friday reportedly by Hadi Matar, who rushed the stage as the author was about to give a lecture in Chautauqua, New York.

The New York Police immediately arrested Matar, 24, who was born in the United States from parents who emigrated from Yaroun in southern Lebanon, the mayor of the village, Ali Tehfe, told the Associated Press.

Rushdie remains hospitalized with serious injuries, but another Indian author Aatish Taseer tweeted on Saturday evening that he was “off the ventilator and talking (and joking)”, the reports said. Rushdie’s agent, Andrew Wylie, confirmed that information without offering further details.

Earlier on Saturday, at a brief court appearance, Matar was denied bail after he pleaded not guilty to charges of attempted murder and assault.

District attorney Jason Schmidt alleged that Rushdie’s alleged attacker took steps to purposely put himself in position to harm the author, getting an advance pass to the event where the Rushdie was speaking and arriving a day early bearing a fake ID. “This was a targeted, unprovoked, preplanned attack on Mr Rushdie,” Schmidt alleged.

Meanwhile, Joe Biden, US President Joe Biden praised Rushdie for “his refusal to be intimidated or silenced” and said the author stood for the essential ideals of truth, courage and resilience.

“These are the building blocks of any free and open society. And today, we reaffirm our commitment to those deeply American values in solidarity with Rushdie and all those who stand for freedom of expression,” the president said in a statement.

Biden also said he was “shocked and saddened to learn of the vicious attack”.

UN Secretary-General Antonio Guterres said on Saturday that he was appalled by the attack on the author, who decades ago became a symbol of freedom of expression in the face of repression.

“In no case is violence a response to words spoken or written by others in their exercise of the freedoms of opinion and expression,” Guterres said in a statement.

European Union foreign policy chief Josep Borrell “strongly” condemned the attack on Saturday night. “International rejection of such criminal actions, which violate fundamental rights and freedoms, is the only path towards a better and more peaceful world”, Borrell tweeted. 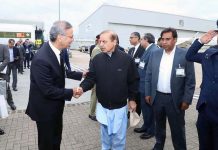 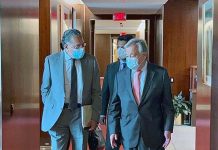 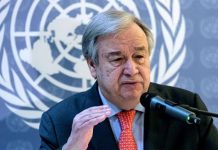 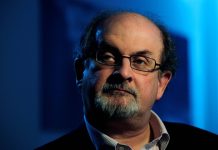 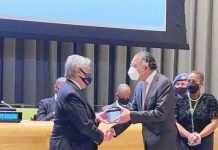 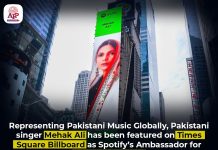