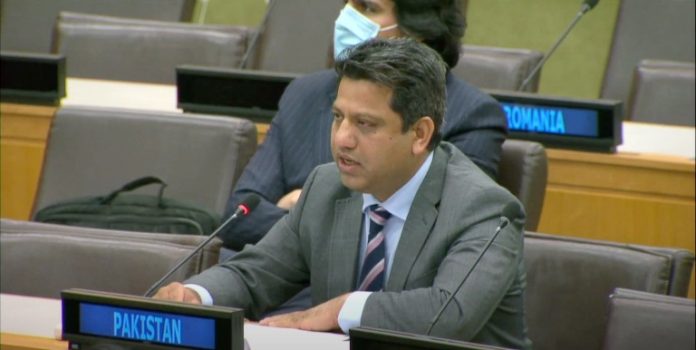 UNITED NATIONS, Oct 09 (APP): Pakistan has called on the United Nations to invest “more time and energy” to address situations where people are still denied the right to self-determination, saying that realization of a just world order will remain elusive without resolving festering disputes.

“While most dependent or occupied peoples have been able to exercise their right to self-determination peacefully, there are some who have been denied this right and have been obliged to struggle for it,” Ambassador Aamir Khan, deputy permanent representative of Pakistan to the UN, told the General Assembly’s legal committee on Friday.

He said the rule of law at the national and international levels — the subject of the committee’s debate — required that States must subject themselves to international law, including its dispute-resolution mechanisms in settling outstanding disputes with other countries — an obvious reference to Kashmir and Palestine.

“Respect for the Charter and the principles of sovereign equality, peaceful settlement of disputes, non-interference in State affairs and the right to

self-determination is critical for promoting the rule of law on the international level,” the Pakistani envoy said.

“In the absence of resolution of such disputes, realization of a just and equitable world order and respect for rule of law at the international level will remain elusive,” Ambassador Khan added.

Noting that several resolutions of the General Assembly and the Security Council have categorically declared that attempts to unilaterally change the status of an occupied territory – legally or demographically – whose people have yet to exercise their right to self-determination were null and void, Ambassador Khan said.

Pakistan, he said, fully recognizes the centrality of the UN’s role in the promotion of rule of law at the international level.

“We also acknowledge the contribution of the Office of the Ombudsperson to the Da’esh and Al-Qaeda Sanctions Committee, towards enhancing the transparency in the UNSC sanctions, and calls for further strengthening of the office.”

Pointing out that the coronavirus pandemic has revealed the inequalities among and within nations, the Pakistan envoy renewed call for global solidarity and concerted efforts to meet these unprecedented challenges.

“The essence of the rule of law is access to justice; and the essence of access to justice is legal empowerment of people so that they can enjoy their full civil, political, social, economic, and cultural rights,” Ambassador Khan said, citing Pakistan where strengthening of public institutions and making them more responsive to people’s needs were the cornerstone of Prime Minister Imran Khan’s policies.

“Our priorities on the rule of law and access to justice include speedy and inexpensive justice, a culture of accountability, and elimination of corruption”, the Pakistani envoy said.

“Simultaneously”, he added, “we are working on an agenda to reduce poverty, create jobs and accelerate economic growth and development.”

In particular, he said, women and minorities were being disproportionately affected by unequal distribution of wealth and resources.

Noting that this has weakened public trust, Turk stressed the need to ensure that judicial services respond to community needs, including the marginalized and vulnerable. 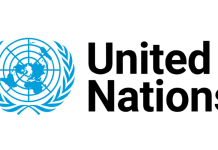 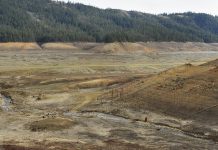