The foreign minister, also chair of the session, in his opening address at the 17th Extraordinary Session of the Council of Foreign Ministers of Organization of Islamic Cooperation, started here, proposed for creating a vehicle within the OIC countries to bring a sustained humanitarian and financial support.

Convened by Saudi Arabia as OIC chair and hosted by Pakistan to discuss the Afghanistan humanitarian crisis, the session is being attended by around 20 foreign ministers, 10 deputy foreign ministers and 70 delegates.

The foreign minister called for increasing the investment, bilaterally or through OIC platform in the education and skill training of Afghan youth.

He proposed the establishment of an experts’ group of OIC and UN to consider ways and means to ensure the revival of the legitimate banking service in the war-torn country.

He commended Saudi Arabia for convening the session as OIC chair and trusting Pakistan to host the extraordinary moot.

Besides other delegates, he also welcomed the Secretary-General OIC for rapid mobilization and arrangements for the session on short notice.

He said the gathering of OIC leaders at the short notice also reaffirmed their commitment to address the humanitarian situation in Afghanistan.

Calling it a matter of survival, the foreign minister said over half of the Afghan population faced food shortage, which made the population of two-thirds UN member states.

He said Pakistan had hosted an OIC session on Afghanistan in 1980 and after 41 years, Pakistan was is obliged to host another session on the humanitarian crisis in same country as the sufferings of the Afghan people had not ended.

Qureshi referred to the World Food Program, which warned that Afghanistan could face the largest humanitarian crisis in the world and the United Nations also warned of a similar situation.

He said Pakistan had demonstrated its resolve to tackle the humanitarian crisis and as a special gesture, Pakistan decided the transportation of 50,000 metric tons of wheat and medicine from India to Afghanistan through land route.

Qureshi said the OIC always stood firmly by the people of Afghanistan as well as Kashmir and Palestine suffering under illegal occupation.

He told the gathering that the developments in August 2020, may have altered the political landscape in Afghanistan but they have not made the compelling needs of the Afghan people any less pressing or urgent.

He said the WFP had warned that Afghanistan could become the largest humanitarian crisis in the world. The UN Emergency Relief Coordinator described the Afghanistan situation as in ‘free fall’.

“These are dire warnings by those with the most intimate and direct knowledge of the grave situation on the ground in Afghanistan. This is a moment to extend a collective helping hand. It is not the time to withhold support,” he remarked.

He said that Pakistan concurred with the UN Secretary-General that humanitarian support must be provided without conditions.

He also lauded the United Nations, IFIs, regional organizations and other members of the international community for responding positively to his call to look for ways to alleviate the human suffering in Afghanistan.

The foreign minister told the meeting, “Afghan economy is likely to witness a contraction of 30% within a year unless this tide is stemmed. Cash is needed to revive the economy – to pay salaries, restore small businesses, reboot the banking system. There is no money available to pay for energy, food, medicines and other essential supplies.”

He said the consequences of a major humanitarian crisis and economic collapse in Afghanistan would be horrendous: massive human suffering, mass exodus of Afghan refugees, radicalization, terrorism, and instability, with grave consequences for regional and international peace and security.

He said Pakistan had committed $30 million in assistance to Afghanistan. Humanitarian assistance of around 1700 metric ton of relief goods has already been provided.

He said the Extraordinary Session must usher in visible change and signal to the people of Afghanistan that we are united in helping them stabilize their country and economy. OIC can act as a catalyst and a conduit in this regard.

“Today, we have before us a historic chance to turn the tide… This Extraordinary Session offers us the platform to recommit ourselves to the vision of restoring Afghanistan as the beating ‘Heart of Asia’. We must seize this historic opportunity,” he concluded. 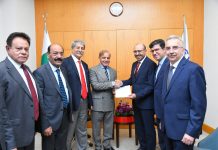 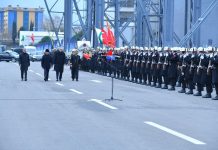 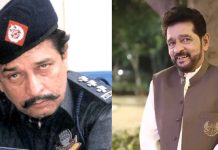 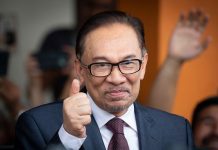 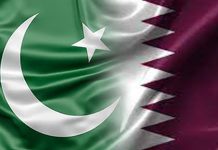 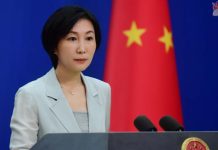 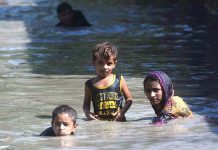 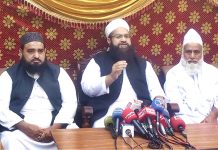 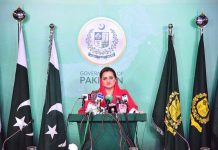