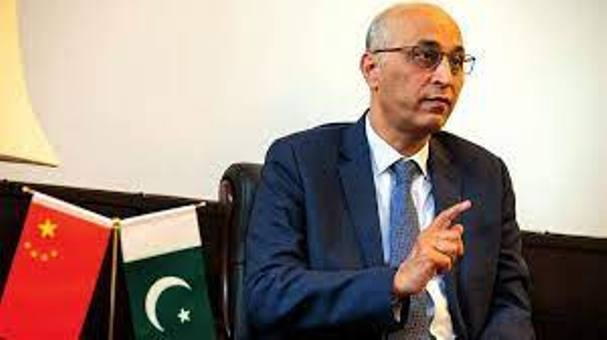 BEIJING, Apr 19 (APP):The iron-clad friendship between China and Pakistan is time-tested and timeless, and there is a complete national consensus in Pakistan on the significance of this relationship regardless of the change in government or leadership, said Pakistan Ambassador to China, Moin ul Haque.

As an old friend of China, newly elected Prime Minister Shehbaz Sharif looks forward to strengthening cooperation with China in terms of the China-Pakistan Economic Corridor (CPEC) projects, Pakistan’s economic recovery amid the COVID-19 pandemic, fighting terrorism, and economic development in Afghanistan, he told the Global Times in an interview. Prime Minister Shahbaz Sharif is an old friend of China. As Pakistan’s leading politician, he has made valuable services to strengthening Pakistan-China friendship.

He is fond of China’s rapid development and economic progress and has worked closely with the Chinese government to complete many CPEC projects, said the envoy. Ambassador Haque said that Shehbaz Sharif is well known for his strong commitment to the timely completion of CPEC projects. In his last term as Chief Minister of Punjab, he not only provided political support but also closely monitored and accelerated implementation of all infrastructure and energy projects in Punjab.

As for the CPEC projects that Pakistan’s new government would prioritize, the ambassador said, Besides completion of important projects of Phase-I including Main Line-I and key energy plants, the early operationalization of the Special Economic Zones to further stimulate our industrial output and high-quality development through enhanced cooperation in information communication technology, science and technology, and agriculture would remain the priority of the government. “We would also continue making rapid progress on the development of the Gwadar Port and Free Trade Zone to promote regional connectivity and economic integration,” he added.

Regarding economic challenges, the ambassador said besides the economic difficulties posed by the COVID-19 pandemic, the Ukraine crisis has further accentuated economic problems especially of developing countries with the disruption of supply chains and soaring commodity prices. Pakistan too has been hit and faces an economic and financial squeeze.

“We are hopeful that investment by Chinese state-owned enterprises and private enterprises would be conducive to Pakistan’s economic growth and create job opportunities. As a leading agrarian country, Pakistan looks forward to expanding the export of its agro and food products to China.

Asked how Pakistan can protect itself from terrorism and prevent any threats to CPEC, Ambassador Haque said that Pakistan is mindful of the threats to its security and development projects like CPEC. “Our valiant law enforcement agencies and armed forces remain vigilant to counter all nefarious designs of our adversaries against CPEC. Pakistan had put in place an elaborate security mechanism to ensure the safety and security of all CPEC projects and personnel”.

“I am confident that both Pakistan and China, through their coordination, would thwart all designs aimed at our friendship and disrupting CPEC cooperation between our two sides,” he said, adding that,”We greatly value the Chinese acknowledgement of Pakistan’s efforts in confronting this menace and for the peace and security of our region.”

In terms of China-Pakistan cooperation for the economic development in Afghanistan, Ambassador Haque pointed out that a peaceful, prosperous, and stable Afghanistan is vital to the shared development of our region. Pakistan stands ready to cooperate with China in this endeavor and we can jointly assist Afghanistan in achieving these objectives.

He gave an example of the Third Foreign Ministers’ Meeting on the Afghan Issue Among the Neighboring Countries of Afghanistan, held in Tunxi, East China’s Anhui Province on March 31, saying that the meeting finalized a Tunxi Initiative laying out a framework for economic development and reconstruction of Afghanistan.

“The Tunxi Initiative is an important step which highlights efforts made by the neighboring countries in the fields of humanitarian assistance, connectivity, economic rebuilding, agriculture and social sector,” Ambassador Haque said.

“Pakistan, China and Afghanistan have also shown interest to extend CPEC to Afghanistan. This would pave way for Afghanistan’s infrastructure development and its connectivity and integration with the region,” he added. 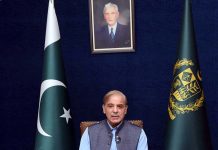 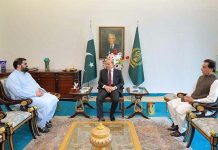 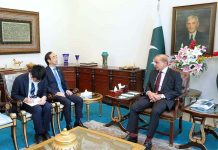 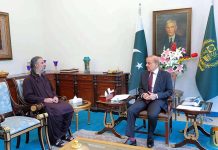 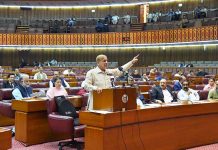 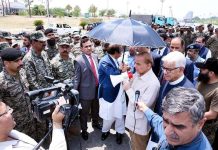 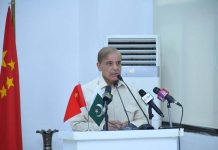