“We hope relevant countries can avoid making undue speculation about the normal legislation in China,” he said in response to Indian Foreign Ministry’s statement in which it had asked China not to use the new land border law to alter the land along borders.

The spokesperson remarked that this law had clear stipulations on China’s cooperation with its neighbouring countries and the handling of the land border issues.

“It would not affect China’s implementation of existing border treaties nor it change existing practice in our cooperation with neighbouring countries,” he added. Giving details of the legislation, he informed that on October 23, National People’s Congress (NPC) Standing Committee adopted land border law and on the same day President Xi Jinping signed the President Decree No. 99 to publish the law and announced that it will take effect from Jan 1, 2022.

The Article 62 of the law identifies the leading mechanism and duties of departments of military and localities in implementing the law. It sets the rules for the demarcation procedures and also covers the areas of defence and management of borders as far as the international cooperation.

He said that China has 22000 kms of land borders and it has 14 land neighbours. The promulgation of the law is to coordinate and have unified standards for strengthening border management and advance relevant cooperation.

“This is an important measure in advancing rule of law. It is a normal domestic legislation that serves our realistic needs and also confirms to international practice,” he added. Wang Wenbin said, “It does not mean that there is a change in our position on the border development issue.” 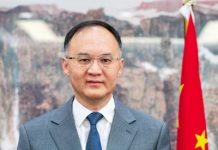 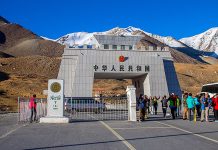