BEIJING, Jan 12. (APP): The atmosphere of the Olympics is in the air in Beijing as the Winter Olympic Games are set to open in less than 25 days. In recent days, the capital city of China has been adorned with Olympic elements that can be spotted in many places.

Inside the Shougang Industrial Park in Shijingshan district in western Beijing, elements of the Beijing 2022 Winter Olympic Games can be seen in every corner.

Flags and banners printed with the Winter Olympic and Paralympic logos were hung around the park, which used to be a large steel plant.

Big Air Shougang in the park will host two snowboard jump and freestyle ski jump events. These are also the only two snow events that will be hosted inside Beijing city during the Olympics, according to Global Times on Wednesday.

Setting off from Shougang subway station, the Winter Olympic subway branch line will be launched on January 24, connecting the park with Jin’an Bridge station in northern Beijing. The Shougang station is now decorated in “Chinese red” and snowflake patterns.

Inside the carriages, paintings of the two official Beijing 2022 mascots, Bing Dwen Dwen and Shuey Rhon Rhon, can been seen on every door. Even the light fixtures in the trains are in the shape of snowflakes. Slogans of the Olympics can also be spotted inside the carriages.

Bing Dwen Dwen and Shuey Rhon Rhon have become popular in China after they were unveiled to the public in August, 2019.

In a small park in Changping district, Beijing, the sculptures of the two mascots, which look like panda and traditional Chinese lantern, have become new landscapes for the region and many people have come to take photos with them.

The pride and confidence in the fact that their city will be the first in the world to host both summer and winter Olympic Games can been seen radiating from their faces.

Wangfujing, one of the city’s most well-known commercial streets and scenic spots, is also surrounded by Winter Olympic Games elements.

Inside a shopping mall along the famous street, a dozen internationally renowned winter sports and outdoor lifestyle brands have, together, created a small “Winter Town” facsimile which attracts many customers.

An ice park was built on the lawn outside the shopping mall. Many skating enthusiasts tried their skills on the ice and the families shared the joy of ice skating. In the reflection of neon-style lights, the white snow and ice shine colorfully.

The 2022 Winter Olympic Games, co-hosted by Beijing and Zhangjiakou in Hebei Province, will kick off on February 4. 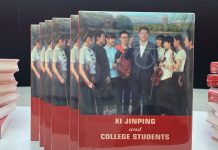 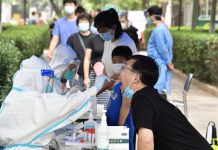 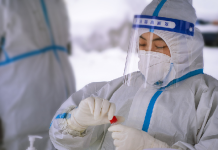 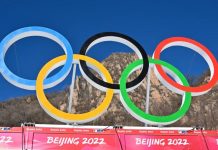 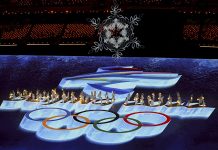 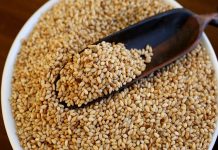 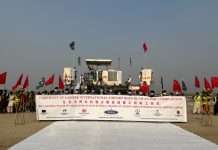 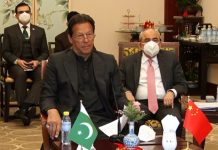 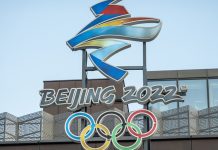 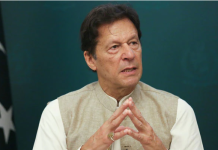 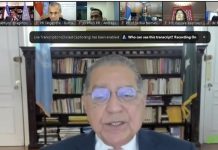