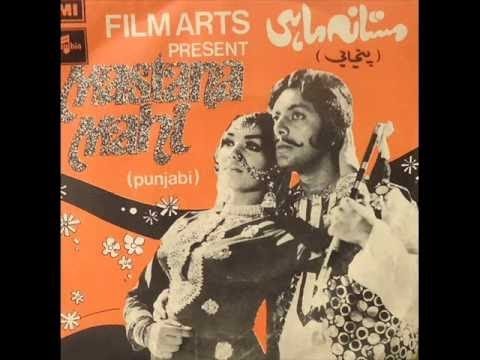 ISLAMABAD, Dec 11 (APP): The National Institute of Folk and Traditional Heritage, Lok Virsa has invited the fun lovers of twin cities to dress up in both modern early 70s and traditional Punjabi clothes at the screening of Punjabi classical film `Mastana Mahi’ here on December 12.
Waheed Murad’s First Punjabi super hit Film “Mastana Mahi” is the story of contrasting cultures of a city and a village featuring film stars Naghma, Aalia, Asad Bukhari and Munawar Zareef.The film was also produced by Waheed Murad and directed by Iftikhar Khan while the story board is purely romantic and musical.

Murad received Nigar award for the best actor for Mastana Mahi and he was the youngest film producer in the industry at that time.Most of his produced films were either Golden Jubilee or Silver Jubilee.

After Mastana Mahi Waheed Murad he produced no film except Hero which was produced in the 1980s and was released after his death.The film is also popular for its famous song “Sayonee Mera Mahi merey Bhaag Jagawan Aagaya” while the film is still favorite
of fun lovers due to the presence of legendary film hero Waheed Murad, said an official of Lok Virsa.

Adil Murad, son of Waheed Murad and Naghma Begum will be the chief guests on the occasion while the audience are requested to dress up in traditional Punjabi clothes or modern attire of early 70s. In the film, Waheed Murad is torn between the village simplicity and the modern city life and so the audience will sit in two sections, one dressed in
traditional Punjabi dresses and the other in super modern times of late sixties and early 70s.

The Mandwa film club of Lok Virsa was screening movies on every weekend to provide healthy entertainment to the fun lovers of the twin cities as well as revive the fading culture of classical cinema, the official said.