Primarily, stunted growth among children occurs when they fail to get the required intake on a daily basis.
This causes various long term physical and mental health complications such as poor immune system, abnormal height or weight, and in some cases both, alongside cognitive repercussions.

The bodies and brains of more than forty percent children in the country are being incessantly faced with stunted growth.

Eradicating this menace which has become enemy number one due to the fact that it has posed serious threats to the health of the children.

If continued it will make the affected population unable to cope with the future challenges.
Whether it is malnutrition, under nutrition or recurrent infections such as diarrhea, chest infections or helminthiasis it is injurious to the health of children. It fails them to acquire the required height or weight as per their age.

Moreover,the phenomenon of stunted growth is more worrisome due to the fact that the height or weight loss of the vulnerable kids may never be regained.

The intergenerational cycle of malnutrition means that the stunted growth can even be passed on to the next generation.

However, other than malnutrition, the stunted growth of children is also caused due to lack of breastfeeding, safe drinking water and poor maternal nutrition, inadequate psychological stimulation, unhygienic environment, poor sanitation, unhealthy childcare practices, and inadequacy in complementary food intake.

According to the World Health Organization (WHO), if less than 20 percent of the population is affected by stunted growth, it is considered as “low prevalence” while if more than 40 percent of the population is affected, it is regarded as “high prevalence” in terms of public health significance. Unfortunately, Pakistan has been faced with high prevalence of stunting growth as according to UN statistics; more than 44% children of the country under the age of five years suffer from stunted growth due to chronic malnutrition.

Likewise, as per the government and UNICEF National Nutrition Survey 2018, KP with its newly merged districts has the highest stunting growth 48.03% under the age of five years followed by Balochistan and Gilgit-Baltistan 46.6%, Sindh 45.5%, AJK 39.3% , Punjab 36.4% and Islamabad 32.6%.

The issue of stunted growth has been very well highlighted by the Prime Minister Imran Khan in his inaugural address to the nation. While shedding light on the grim statistics of high prevalence cases of stunted growth in Pakistan, he said “Unfortunately, we are among the top five countries in the world where children die because of malnutrition resulting in stunted growth.” Therefore, he said, “I am worried because we are not able to give them food completely and they are not getting nutrition too, and thus they have left behind in the race of life.
They cannot compete. They cannot move forward in the 21st century.”

Children are also faced with a number of infectious diseases that too affect their immune system and growth, she added.

Spokesperson Polyclinic Hospital Islamabad Dr Arsalan said that the causes of stunted growth vary from area to area, therefore, there was a need to carry out large scale medical research on the issue.

He, however, said, “Women education, women literacy, women empowerment and maternal nutrition matter too much in child healthcare.”

But it did not seem possible without the political will and national level serious efforts, he added.
Prof. Dr. Mehr Taj Roghani said that stunted growth in children often occurs due to ignorance and poverty.
She said that the first one thousand days of a child starting from pregnancy to delivery were of vital importance.

The maternal nutrition, breastfeeding, and childcare could help overcome the problem of stunted growth in the country, she added.

Dr. Noor ul Karim of Lady Reading Hospital, Peshawar said that a balanced lifestyle had the components of a dietary plan, regular exercise, stress management, and a healthy environment.
He said, “Such lifestyle can help overcome a number of prevalent diseases in the country.” 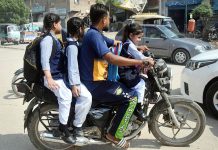 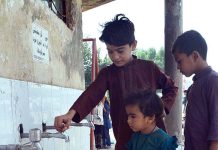 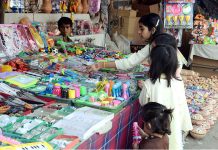 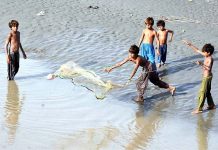 Children catching the fishes in traditional way at Rice Canal 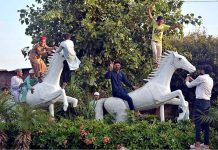 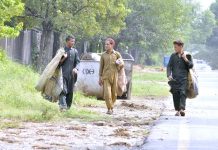 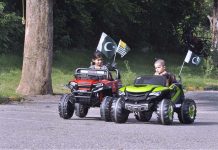 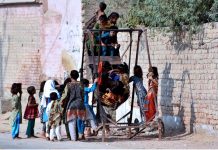 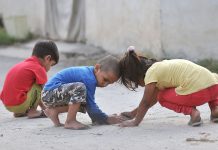 Children playing with mud outside their houses. 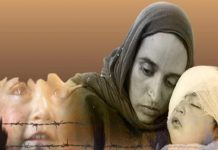 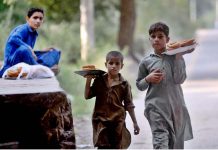 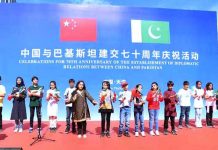 Children participating in a tableau during Pakistan-China Friendship Marathon as part of celebrations of 70 years of establishment of diplomatic ties between Pakistan and...