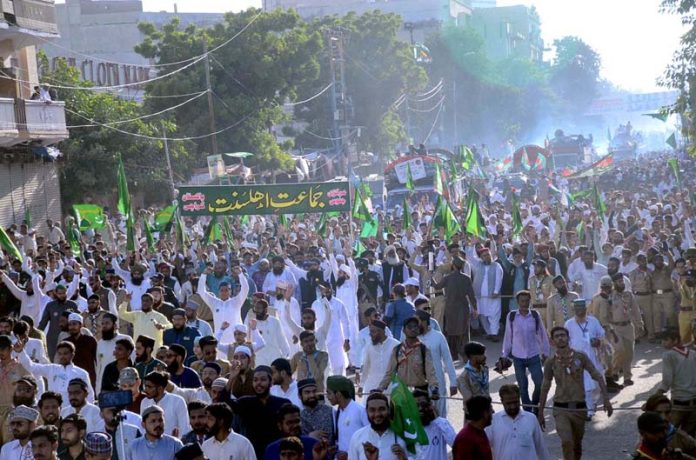 KARACHI, Oct 19 (APP):Festivity thick in the air with faithful engaged in decorating their cities and towns, nook and corners echoing with special recitals in praise of the Holy Prophet Muhammad (Peace Be Upon Him) coupled with sessions highlighting his “Uswah” are sights witnessed across the country as part of preparations to mark the birth anniversary of the last Messenger of Allah on 12th Rabi-ul-Awwal each year.

The current year celebrations to mark Eid-e-Milad-un-Nabi, however, is registered to have added a new dimension to the occasion with masses being provided with an opportunity to go for an introspection and asses their lifestyle in light of the teachings of Allah’s most beloved Prophet (PBUH).

Special measures taken by the government to join masses and be actively engaged to mark the occasion in a befitting manner is noticed for enabling people to recall the Hadiths (sayings) with regard to responsibilities of the Muslims towards each other, rights of women and children, handling domestic affairs and other spheres, each in a nutshell helping them decipher Quranic injunctions.

Prof. Dr Zahid Ali Zahidi, Department of Islamic Learning, Faculty of Islamic Studies, Karachi University mentioning that Eid-e-Milad-un-Nabi is celebrated across the Islamic world and that in most of the instances the celebrations are official, reminded that some have also declared it as “week of solidarity” so as to help Muslims rise against their mutual differences and come closer to each other.

“It is an occasion that provides an opportunity to do good for all and best of this could be a meaningful effort harnessing unity, respect, tolerance and solidarity among the ummah,” said the senior religious scholar.

Dr Farooq Hasan, a graduate of Al Azhar University presently serving as Associate Professor, Department of Humanities, NED University of Engineering and Technology opined that the birth anniversary of Holy Prophet (PBUH) is indeed an occasion to inculcate the true spirit of Islam that not only literally means “peace” but expects the believers to strive and make conscious efforts for the same.

“Within the Seerah framework, we have a lot to improve our personal and professional lives and move forward towards better and brighter future of our generation,” said Hasan who is also a Fulbright Post-doc from the George Town University.

Dr Sarwat Askari, having done her PhD in Seerat-un-Nabi while talking to APP agreed that it should not be a mere formality. “The peculiar approach of our Prophet (PBUH) towards life was in accordance to Quranic injunctions that brought an intellectual revolution in the Arabs of the time known for their arrogance, intolerance, degradation of women besides indulgence in all sorts of social evils,” she reminded adding that presently witnessed disregard for honesty, truth and moral values warrant urgent efforts to motivate people about the life and practices of the beloved Prophet (PBUH).

“In my opinion, Eid-e-Milad-un-Nabi celebration is very pertinent and is one of the best sources of social engagements compatible to our cultural norms,” commented Dr Farooq Hasan agreeing that it cannot be a single day reminder and must also not be restricted to the month of Rabi-ul-Awwal only.

“Yet the fact remains that there is large and wide cultural acceptance for the occasion that does bring people closer to one another, crossing the sectarian barriers with keen inclination to listen, decipher, contemplate and have better understanding of Seerat that may ultimately pave way for a strong will for many to incorporate the lifestyle of Prophet Muhammad (PBUH) as their way of life,” elaborated the scholar.

Given the global and local challenges faced by the Muslims, scholars sought production of literature based on Seerat-un-Nabi (PBUH) identifying the gaps and fulfilling the needs of different segments of the society so as to plug the same in accordance to Seerah which can further be utilized as an efficient tool to modify thinking and reshape cultural practices so as to contain the decline witnessed within the society.

Dr Jaipal Chhabria, Member of National Commission for Minorities emphasizing that prophets sent by Allah were for the well being of the humanity said that Holy Prophet Muhammad (PBUH) was Rehmat-ul-Aalameen (mercy for the entire universe), which makes it important that proper and adequate attention is paid towards promotion of inter-faith harmony and brotherhood in the country.

Dr Zahidi reiterated that Holy Prophet Muhammad (PBUH) had been and remains to be a blessing for the entire humanity hence it is all the more important that his birth anniversary is celebrated with clear objectives.

He said, “The ideal and model character of Holy Prophet (PBUH) must be projected with equal focus on highlighting his Seerah while encouraging people to understand and follow the same,” said the researcher. 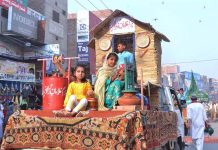 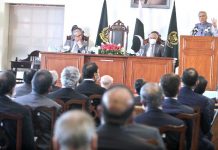 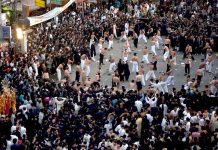 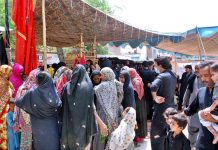 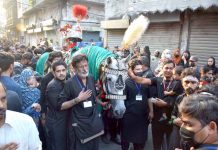 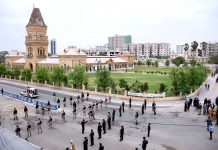 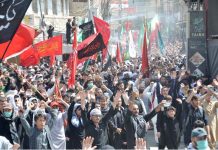 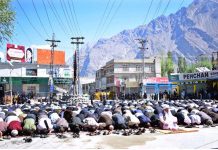 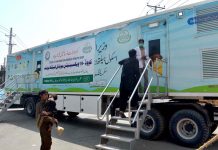 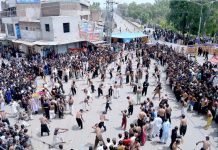 A large number of mourners beating themselves with knives during Ashura procession on 10th Muharramul Harram, commemorating martyrdom of Imam Hussain ibne Ali (AS)... 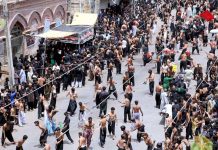 Holy Prophet Muhammad (PBUH) dearer to us than our lives: Qadri