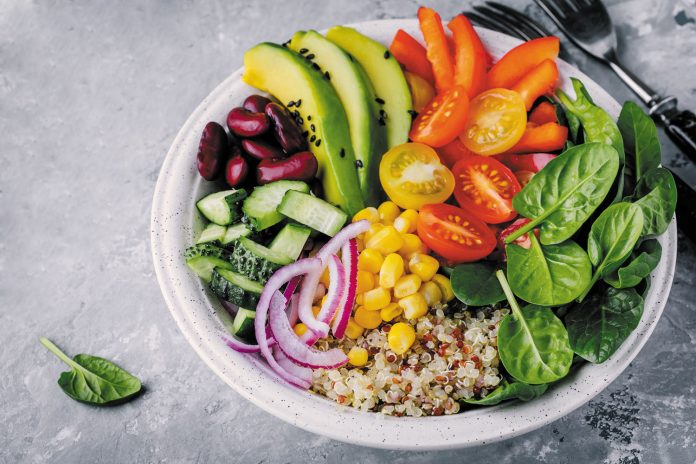 PESHAWAR, Jun 12 (APP): Unaware of the severe heat wave in Khyber Pakhtunkhwa, Zakir Khan, (58), a poor fruit-seller was using a hand fan to dry his perspiration while sitting in front of his wicker basket full of locally grown organic bananas.

Sitting on a footpath in fruits and vegetable market in Pabbi bazaar, Nowshera in scorching heat amid shouts of low prices by the shopkeepers, Zakir Khan, who cleaned his sweaty face and arms with a white shawl, has started earning substantial profits for his eight-member family after growing trend towards use of organic food among people of Khyber Pakhtunkhwa.

“My sons collect bananas from different villages, farms and load them to his Qingqi rickshaw for sale in the Pabbi fruit market in Nowshera district,” Zakir, who was associated with organic food business for the last five years, told APP. He said, “These days, most people prefer to buy the fruits that come directly from trees or fields instead of buying non-organic fruits, which often processed through the use of different chemicals and sprays of pesticides.”

“Prior to 2017, I was associated with non-organic fruits and later shifted to organic business keeping in view its high profit margin,” he said, adding that one dozen organic bananas was being sold for Rs 150 to Rs 180 against Rs 100 to Rs 120 non-organic in the local market as consumers’ response to the former was encouraging due to its high nutritional value.

“Despite COVID-19 pandemic, I continued my business and now was able to engage two more labourers to purchase organic bananas to meet customers’ demands.” He said that people of all age groups including women, senior citizens and children were taking keen interest in organic fruits and “we are tirelessly working to meet market demand.”

“In summer, I am selling organic fruits like bananas, peaches, cherries, jaman, mangoes and grapes, while in winter investment is made in walnuts, pine nuts, apples and oranges due to their organic nature and high profits value,” he said, adding that he was planning to export the organic products to Afghanistan and Central Asian Republics (CARs) if financial support was provided by the KP government.

He said that Pakistan’s fertile soil was most suited for production of different varieties of organic fruits and vegetables, adding that, the the country’s walnuts, chalgoza, orange, locots, chaunsa mangoes and peas were being preferred in domestic and international markets due to their nutritional value and better taste.

The peas of Batakundi, Kalam and Parachinar, wheat and maize flour of southern districts of Punjab, Khyber Pakhtunkhwa and Sindh were organic in nature as there is hardly any use of pesticide. He said that farmers were gradually shifting towards organic practices due to its three-times higher profitability than the non-organic fruits.

Dr Wahab cited a research study suggesting that amount of certain nutrients could vary between conventional and organic bananas, adding that the latter was higher in zinc, fiber and vitamins than the former. He said approximately 1,000 organic plants, including herbs, saffron, aloe vera, medicinal and cosmetic were being produced in the country. “However, still we have to import different herbs plants to cater the needs of pharmaceutical industry.

Saffron, aloe vera and olives cultivation have been started in the country including KP where the market size of organic products had almost been doubled during the past few years.

The Director Agriculture Research said that a quality certification agency had mostly determined whether the product was organic or non-organic, adding that the country lacked such services and mostly the farmers relied on Global GAP (good agriculture practice) agency for certification before exporting their products to the European Union.

He said that Pakistani farmers had to pay about Rs1.5 million per five acres for certification of their organic products, adding that interested farmers were being given a yearlong training for cultivation and farming of organic agriculture products.

Dr Wahab said that organic farming was a highly profitable business and a farmer could easily earn 30 percent more profit than the non-organic from one acre produce. “The agriculture department has launched a mega project ‘certification of agriculture products and organic food farming,’ in the province under which farmers interested in organic farming are being imparted training and certification services would also be issued”, he said.

Climate change, he said, was a big challenge for organic farming, adding that because of it, the number of insects and plants diseases had increased as evident from locust attack in southern districts of Khyber Pakhtunkhwa in 2020 that inflicted huge losses upon farmers. Five new research stations would be established at Bajaur, Parachinar, Shawal North Waziristan, Kalam and Kaghan to promote organic farming, he added.

Professor Dr Ziaullah Khan Chamkani, Head of Medical Department, Lady Reading Hospital, said that use of organic foods was helpful in preventing obesity and heart attack besides reducing risks of cancer, infertility, allergies and high blood pressure in mothers during pregnancy. He said that one of the reasons of underweight birth was excessive use of unhygienic and non-organic food.

Dr Ziaullah advised people to adopt extra care while purchasing non-organic foods, fruits and vegetable from open markets and ensure that it was safe in all aspects before consumptions. He said that preference should be given to organic food, especially for lactating mothers, children and senior citizens to boost their immunity level.