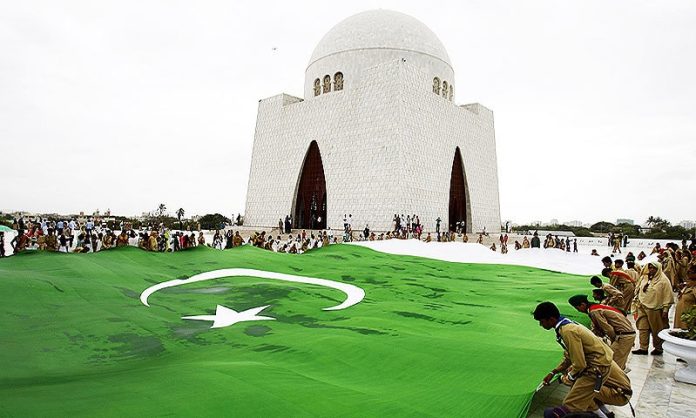 PESHAWAR, Aug 13 (APP): After failure of independence war of 1857, the Muslims of subcontinent, who ruled over the United India for nearly 800 years, were pushed to the wall by the colonial masters as they considered them rivals after snatching of power from Mughal emperors under the guise of East India Company.

Faced with an unending ordeal of disparity, discrimination and inequality, the Muslims were subjected to an intellectual, political and educational decay as the colonial rulers’ strengthened grip on the subcontinent and tilted towards socio-economic and educational empowerment of Hindus.

During that grim era, the Muslims were given a new hope and direction by the renowned educationist, political thinker and social reformer, Sir Syed Ahmed Khan. He instilled a new vigor and dynamism among Muslims following inspirational teachings of the great religious leaders, Mojadad Alf Sani and Shah Waliullah.

“Sir Syed on one side had nullified the malicious propaganda of the colonial rulers, Hindus and pessimist forces during an era of discrimination, oppression and darkness, and had brought Muslims of the British India out of ominous and oppression on the other side.”

The great leader, while taking cognizance of socioeconomic, political and educational decay of an oppressed Muslims, had founded All India Muhammadan Educational Conference (AIMEC) Aligarh in 1886, which carried forward Sir Syed’s vision regarding modern education, socio-economic empowerment and political unity of Muslims to regain the past glory.

The network of educational institutions and political unity organized under the AIMEC had enabled millions of Muslims to compete with other communities including Hindus and provided a launching pad for Muslims to initiate a peaceful political and democratic struggle for a separate homeland in the subcontinent.

“Sir Syed’s multi reforms had excelled Muslims in education, social, economic and political sciences, resultantly their voices were heard strongly by the British rulers,” he added.

Under the flag of All India Muslim League (AIML) founded on December 30, 1906 at Dhaka, the Muslims got united by giving new impetus to independence movement.

The independence movement had witnessed further momentum after Quaid-i-Azam Muhammad Ali Jinnah had spearheaded it after formally joining AIML in 1913 and outlining of an independent state for Muslims majority provinces in the North Western India by the great poet philosopher Dr. Allama Muhammad Iqbal during historic Allahabad address in 1930.

Dr. Allama Iqbal became the first politician to articulate about the two-nation theory that Muslims were a distinct nation and deserved political independence from other regions and communities of the United India.

Yousaf said, “Pakistan movement had passed through different phases and finally achieved its practical shape in 1933 during a high-level gathering in London where Chaudhary Rehmat Ali presented the name of Pakistan.”

Recalling Rehmat Ali’s famous saying ‘now or never or perish forever,’ Yousaf said the two former students, Aslam Khattak and Inayatullah Khan of Charsadda along with other Muslims leaders endorsed the name of Pakistan. “Pakistan’s name and Allahabad’s historic address had set a clear direction to the Muslims to achieve Pakistan.”

The Muslims of United India under leadership of Quaid-i-Azam were later gathered at Iqbal park in Lahore on March 23, 1940 where they passed the historic Pakistan’s Resolution.

Following adoption of the Pakistan Resolution, Quaid-i-Azam reorganized AIML on modern lines and made repeated visits to all Muslims majority provinces including KP (earlier called NWFP) to mobilize masses for creation of Pakistan.

The legendary Quaid received a historic welcome when he visited Khyber Pakhtunkhwa and Islamia College Peshawar (ICP) in 1945 where a sea of people from KP and Merged Areas (erstwhile Fata) arrived to see a few glimpses of their beloved leader.

“It was the love of the people of KP with the great Quaid that AIML secured over 50 seats in the province during 1946 elections and after that historic victory, nobody could stop the independence movement from here.”

The great Quaid received historic welcome in KP where millions of people arrived through buses, rickshaws, rails, bicycles, trucks and foots assured all out support to him for Pakistan.

Following strong commitment and dedicated political struggle by the Muslims under leadership of Quaid-i-Azam, Pakistan came into being on August 14, 1947 on world map within seven years after adoption of the Pakistan Resolution on March 23, 1940.

On April 12, 1948, Quaid-i-Azam visited ICP as first Governor General of Pakistan where he presented glowing tributes to the services of its students towards making Pakistan in these words. “I am indeed very happy to be present here today and to have the privilege of addressing students of this great Darul Uloom, who are the future builders of Pakistan.

Remember your government is like your own garden. Your garden flourishes by the way you look after it and the efforts that you put towards its improvement. Similarly, your government can only flourish by your patriotic, honest and constructive efforts to improve it.”

The Founder of Pakistan had wished to construct a university near ICP that was fulfilled by the Government within a gap of one year by establishing University of Peshawar in 1949.

The Quaid had an immense love for tribesmen of merged tribal districts (Erstwhile FATA) for their strong commitment, loyalty, sacrifices and consistent support during the Pakistan movement acknowledged by him during his address at Grand Tribal Jira at Governor House, Peshawar on April 17, 1948.

He laid great emphasis on education and socio-economic development of tribesmen and considered technical education, science and technology as prerequisites for attaining goals of development and economic prosperity.

14th August is a historic day to remind the heroic struggle of Muslims of the sub-continent for a separate homeland where they could live with freedom, dignity and harmony according to their religious, social and cultural values.

It is a day to pay rich tributes to our forefathers, who underwent great trial and tribulation during the Pakistan movement for the sake of our prosperous and secure future.

The best way to celebrate Pakistan’s diamond jubilee celebrations on completion of its 75 years was to work hard in our respective fields to make it economically stronger and prosperous.