PESHAWAR, Oct 17 (APP): Before the advent of Islam, the Arabs were deprived of all political, social, human and economic rights in the Arabian Peninsula where inhuman customs of slavery, burial of baby girls alive, and tribal guerrilla warfare on petty issues were common phenomena, which had put lives of peoples’ miserable.

The absence of representative government, political organizations, law and order institutions including police, courts and infighting among Arab tribes over distribution of water, land and mountains ownership besides denying property rights to women had pushed poor people to the wall at that time of ignorance.

“In pre-Islamic Arab peninsula, Arabs had never accepted any authority other than the chief of their tribes and cases were decided as per the sweet will of chieftains,” said Professor Dr. Hifazat Ullah Khan, Chairman Islamia College, Peshawar while talking to APP.

He said nonexistence of administration system had often led to infighting and bloody quarrels among tribes mostly started to bring offenders to justice by own, which caused anarchy, chaos and lawlessness in the Arab society.

He said slavery was a common practice at Arab peninsula, where slaves were sold like animals and rate of interests charged on loans by capitalists were exorbitant, resulting poverty, backwardness and socioeconomic imbalances in Arab society.

He said, “Women were deprived of almost all rights including share in inherited property and were maltreated besides the inhuman practices of burying of girls infants’ alive and worships of idols and statutes mostly built from stones and woods were in fashion.”

In that era of ignorance, he said the arrival of the Holy Prophet Muhammad (PBUH) had proved as a great blessing of the Allah Almighty for the entire humanity including Arabs and non-Arabs, who (Muhammad PBUH) broke the shackles of slavery, inequality, cruelty, injustice and eliminated all inhuman practices including the worship of idols and burying of girls’ alive forever.

“In-spite of all the bitter experiences of the past, the Holy Prophet Muhammad (PBUH) had set a unique and unprecedented example of tolerance and patience by announcing amnesty for everyone including rivals on the historic occasion of the conquest of Makkah.” He (Muhammad PBUH) had neither taken any revenge nor let others harm anyone and announced open amnesty for all.

He (Muhammad PBUH) gave the concept of Tauheed (oneness of Allah) that there was no one worthy of worship except Allah Almighty and Muhammad (PBUH) is the last Messenger of Allah.

Denounced all sorts of discrimination among human beings, the last Prophet of Allah declared that there was no superiority of Arabs over the non-Arabs and vice versa on the basis of gender, colour and caste rather “Taqwa” (Good deeds) was the hallmark of superiority of an individual over others.

He (Muhammad PBUH) declared that killing of a person and forceful possessing of one’s property was against the teaching of Islam and called for honoring of all human beings including women, minorities and senior citizens.

“In line with PM’s instructions, KP Government had decided to celebrate Ashra-e-Rahmat Ul-Lil Aalameen from 3rd to 13th Rabiul Awal with great religious enthusiasm in entire KP,” said Zahoor Shakir, Special Assistant to the Chief Minister KP for Religious Affairs and Hajj while talking to APP.

He said people of all walks of life including religious scholars, academicians, politicians and students from Chitral to DI Khan and South Waziristan to Kohistan districts would participate in Milad’s functions, Seerat conferences, Naat competition, seminars, workshops, rallies and declamation contests at central, provincial, district and tehsil level.

He said “Seerat Conference” would be organized at Peshawar where Government high ups, religious scholars and relevant authorities besides civil society would participate in large number on 12th Rabiul Awal for which all arrangements have been completed.

Dr Hifazat Ullah, “The holy Prophet Muhammad (PBUH) restored the dignity of women whether she is a mother, wife, daughter or sister and emphasized on people to treat their women with kindness as they have right over them.

He (Muhammad PBUH) also taught to treat slaves with kindness and give them what the owners eat and wear themselves besides others facilities.” He said that Hajjat-ul-Wida’s sermon was a perfect roadmap to establish durable peace, socio-economic stability and promote interfaith harmony besides ensuring justice, equality and righteous deeds in a society.

To pay rich tributes to the matchless services of Holy Prophet Muhammad (PBUH) for entire humanity on his birth anniversary, the Federal and KP governments had decided to celebrate Aashra-e- Rehmat Ul-Lil Aalameen (SAW) with great religious enthusiasm and fervor.

Under an inclusive Milad’s plan, Zahoor Shakir said all relevant departments have been directed to organize Naat and Qirats competitions and awards special prizes to the winners.

Divisional Commissioners and Deputy Commissioners in KP have been directed to implement Rabiul Awal’s celebrations plan in letter and spirit in their respective districts.

Prime Minister Imran Khan has inaugurated Ashra (ten days) of Rehmatul Lil Alameen and announced establishment of Rehmat-Lil-Alameen Authority (RAA) to make the world as well as the countrymen especially young and children aware of teachings of Islam and life of the Holy Prophet Muhammad (PBUH) as the beacon of light for the entire humanity.

“The establishment of the authority is a commendable decision of the Prime Minister as it would immensely help millions of people including children, girls and adults in the world including Pakistan about the life and Seerah of the Holy Prophet Muhammad (PBUH) and to bring it in their lives for achieving success in this world and hereafter,” said Dr Hifazat Ullah.

The authority would help monitor the curriculum being taught at schools, colleges and organise research in universities regarding the true message of Islam in light of the Seerah of the Holy Prophet Muhammad (PBUH).

To achieve desired objectives, Rehmatul Lil-Alameen Board would be setup under which the authority would explain different issues of Islam in the light of holy Qur’an and Seerah of the Holy Prophet Muhammad (PBUH). 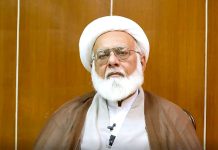 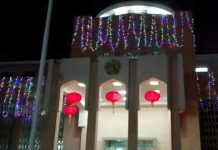 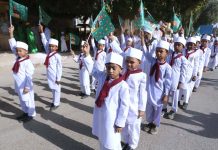 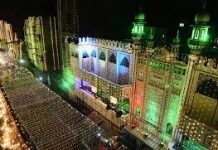 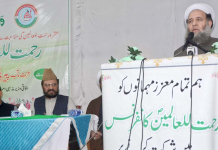 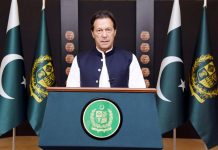