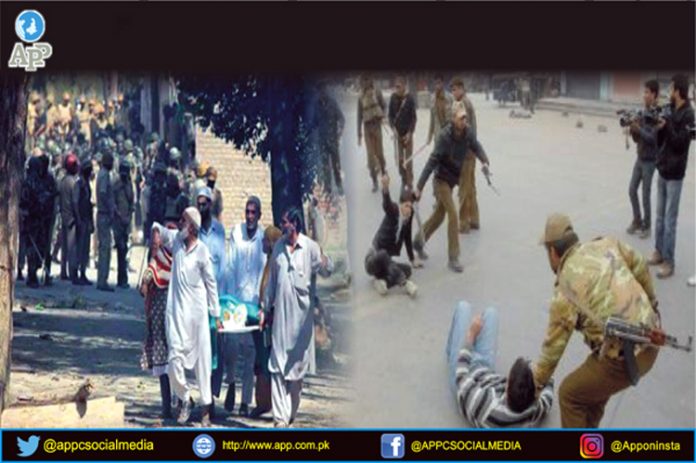 According to Kashmir Media Service, despite the partial relaxation of restrictions by the occupation authorities, people in the Valley continue to down their shutters and stay away from schools and offices as part of a civil disobedience movement against India’s illegal actions of revoking special status of occupied Kashmir and dividing it into two union territories.

Shops open briefly in the morning and evening hours but even this window is more often than not disrupted due to the continuing uncertainty.

Prepaid phone, SMS and internet services remain snapped. So far, the occupation authorities have not given any indication to restore these facilities in near future.

However, landlines and voice calls on postpaid connections have been partially restored but the move could not mitigate the sufferings of the people.

The authorities are likely to re-impose strict restrictions, today, in the Kashmir Valley to prevent people from holding anti-India demos after Friday prayers.

The authorities have not allowed Juma congregational prayers at any of the major mosques and shrines of the territory since revoking the special status of occupied Kashmir on August 05, 2019.