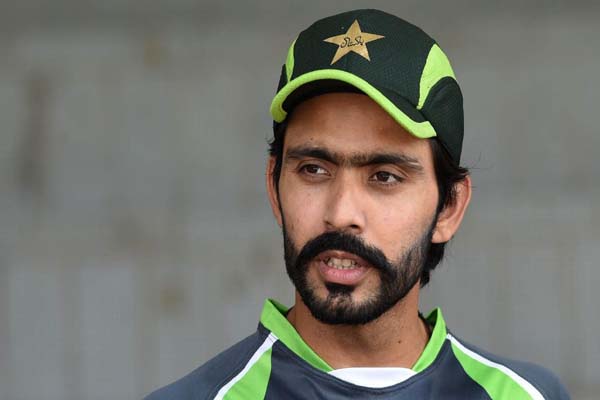 LAHORE, Dec 7 (APP):Consistency in the domestic circuit paid dividends for the left-handed middle-order batsman Fawad Alam when he was named in the Pakistan test squad which is due to face Sri Lanka in two test matches on the home soil in the ICC World Test Championship fixtures.

Fawad Alam has been a prolific run-scorer in the first class cricket and recently complete 12000 runs during the ongoing Quaid e Azam trophy cricket tournament. He has also scored 6577 runs in List-A matches.

Fawad made his test debut against Sri Lanka in 2009 and scored a century in the second innings of his debut test in Colombo.

He played his third and last test match against New Zealand in November 2009 before being sent into test wilderness. He played 38 ODIs and 24 T20Is for Pakistan and made his last international appearance for the country in an ODI against Bangladesh in April 2015. Fawad played his last test match 10 years ago.

Interestingly, test cricket is also returning to Pakistan after almost a decade since no country visited Pakistan for a test series after Sri Lankan cricket team bus came under terror attack on day 3 of the second test match against Pakistan of Lahore test in 2009. Seven persons died including sic policemen while 20 were injured including seven members of the visiting Sri Lanka team.

PCB team management came under severe criticism after Fawad Alam was ignored for Pakistan’s test squad for Australia last month but PCB had to include Fawad in the Sri Lanka home series considering his consistency and prolific form in the on-going Quaid e Azam trophy tournament 2019-20 with scores of scores of 92, 1, 29*, 107, 0, 65, 211 and 116.

However, Chief Selector and Head Coach Misbah-ul-Haq included him in the test squad announced on Saturday and congratulated the left-handed batsman on his inclusion in the team for his perseverance and dedication.

He said, “Fawad’s selection is not only a lesson to the emerging cricketers but also a testament of the selectors’ policy of valuing domestic cricket and rewarding consistent performers.”

Fawad Alam’s return to the test squad is an ode to steadfastness, commitment and consistency and the spirit of never say die in life.