ISLAMABAD, Feb 4 (APP): Released worldwide on January 28 the Korean zombie thriller Netflix series, ‘All of Us Are Dead’, has occupied No. 1 spot in 91 countries while becoming most viewed in Pakistan as well.

A webtoon adaptation of ‘Now at Our School’ (literal translation), ‘All of Us Are Dead’ which features a familiar “Squid Game” face (Lee Yoo-Mi) made its debut on the streamer’s non-English language TV Top 10 list for the week of Jan. 24 through 30, coming in at No. 1 with 124.79 million hours viewed.

This marks the most hours viewed in the premiere week for any Korean title since Netflix began releasing its Top 10 data last year.

Banking on its long and bountiful zombie history, South Korea has presented the world with another one of its aces, in the form of high-schoolers struggling to survive. The first season of ‘All Of Us Are Dead’ ended on a thrilling but emotional note, yet managed to pave the way for Season 2.

In the final episode, Nam-ra (Cho Yi-hyun) one of the students among few who could resist the zombie virus, warned others about the new breed of zombies that has been created. She jumped over the balcony, setting the stage for a possible Season 2, that could focus on this new breed of zombies and humans.

According to a ‘RadioTimes.com’ poll, many of the viewers are now hungry for more, with a whopping 83 per cent demanding the show return to expand on the fate of its surviving characters.

Netflix has not yet announced whether All of Us Are Dead will return for season 2, with the prospect feeling uncertain despite the show’s mammoth success. However, if the show has legs comparable to ‘Squid Game’ which stayed in Netflix’s top ten for months then it’s possible that the pressure for a follow-up could become too much to resist.

“It’s a zombie series onto the next level. I like how it incorporates today’s pandemic scenario and protocol into this show. This show is like mix bags of Escape Room, World War Z & Resident Evil. It has high potential for season 2 like Squid Game,” shared a reviewer Rav Norodom on Google Review.

“Suspenseful, heartbreaking and very interesting,” shared a reviewer on IMDb
‘All of Us Are Dead’ is creative, thought-provoking successor to ‘Train to Busan’, wrote Griffin Shaivitz, A TV Reviewer at ‘The Post’ news Publication.

This series is the latest example of a breakout Korean megahit for Netflix, and seems like one of their most successful offerings from the country to date. 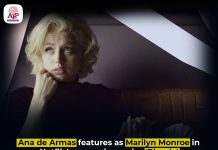 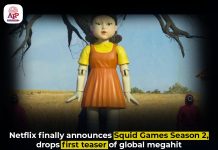 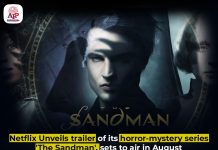 Netflix Unveils trailer of its horror-mystery series ‘The Sandman’

Families spending time with Animals and enjoying at Zoo during weekend...

A farmer preparing land for next crop with the help of...