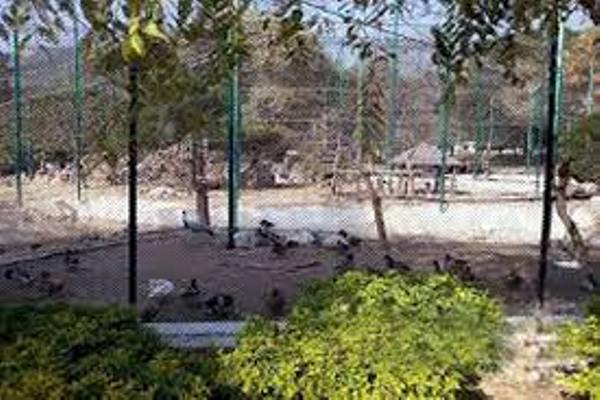 An APP Feature by Ali Jabir

ISLAMABAD, Aug 25 (APP):Zoo in its real form means a place where animals of different species are kept in confinement for public display so that people may get acquaintance with wildlife which comprises a vital part of the ecosystem and food chain.

Primarily, zoo serves the purpose to create awareness among masses about the unique characteristics of animals and their natural environment. It also urges public to help preserve diversity of animal species in their ecosystem.

Citizen of twin cities of Rawalpindi and Islamabad have time and again urged the government for adding new species to Islamabad Zoo. The zoo in the federal capital is one of those few places where visitors are attracted to see wildlife in its natural environment.

Zoos had archaic history from the menageries of ancient aristocrats of thousands of years back to scientists’ research captivities of modern era where wildlife species remained centre of focus for human thinking.

European Association of Zoos and Aquaria (EAZA) report states that the animal collection in a zoo was of great importance. Therefore, a collection plan defines which species a zoo would like to care for, how the animals are displayed or housed and should be used as a guideline for future acquisitions and dispositions.

The zoo in the capital earlier served as a sanctuary of animals gifted by friendly countries of Pakistan which was later turned into a zoo owing to the growing size of the species.

The WWF report on Islamabad Zoo on one hand highlights different areas of concern affecting wildlife in the zoo, On the other, it also guides the authorities concerned to take measures for meeting the international standards for animals’ care, treatment, display, health, hygiene, collection plan, education material, size of cage, space, furniture, feeding stuff and timing of food, firefighting instruments and other facilities.

Talking to APP, the Zoo Director Altaf Hussain said that soon after assuming charge of the zoo, basic arrangement and cleanliness of the cages was managed. He said, “Public response towards the new management was overwhelming and the visitors reported to witness change in the Zoo. We are trying our level best to improve the wildlife management but it would not be possible overnight.”

Sadaqat Shah, a resident of Islamabad said that Islamabad Zoo had not developed as such in terms of new species. He said that the zoo had those few animals in the same cages without any improvement in it from a long time. The area of the zoo could be extended to the forest of Margallah Hills for facilitating the species in more open and green area of the jungle, he added.

A senior official in the ministry said that Kavan was the major victim, among  other animals due to the mismanagement of the MCI staff. “We have cleaned the pond in the elephant’s cage which earlier remained dirty and stinky that really perturbed the visitors. Now the water body is washed everyday and fresh water is  released in the pond. Kavan enjoys in the water for the entire day,” he added.

The official said that the brown bear was also left idle in the cage where we not only provided the animal a suitable confine and also a ball as the bears like to play with it and it keeps them healthy. He said that the zoo sprawled over 100 acres land and the animal captivity was established at only 25 acres.

He said, “The remaining 75 acres area is used for recreational purpose and littering done by irresponsible tourists. We have planned to shift the animal cages on 75 acres area by increasing the size of the cages and incorporating forest area into it for providing a natural habitat to the animals,” he added.

Iqra, a student said that it was the only public zoo of the federal capital and people comee from other cities to visit the zoo with fascination to see exotic and unique wildlife. But it was disappointment for them to see everything in shambles.