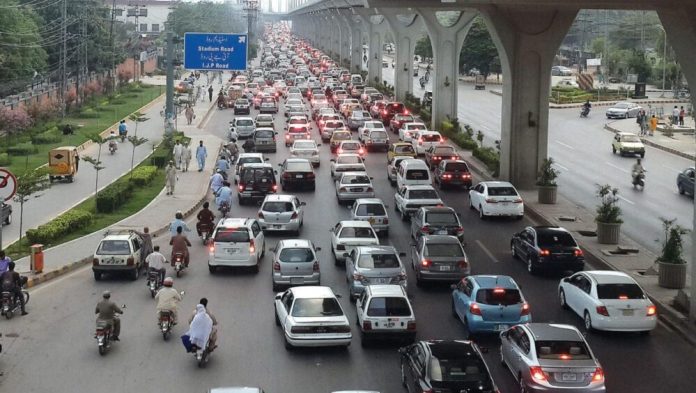 RAWALPINDI, Jan 13 (APP):Heavy traffic jam on roads especially during peak hours is creating problems for the citizen and the authorities concerned of City Traffic Police have been urged to take solid steps to ensure smooth flow of traffic to provide relief to the motorists.

The citizens said that they face inconvenience when they reach late at their destinations, as traffic is not regulated properly by the traffic wardens on different routes.

The traffic wardens did not perform their duties properly in several chowks, said a motorist.
The citizens urged the authorities concerned that strict checking of traffic rules violations should be ordered.

He said that the authorities concerned of CTP should evolve a comprehensive strategy to meet the challenge. The drivers should also be guided regularly at traffic signals regarding observance of traffic rules and lanes.

The underpasses and flyovers only could not help control the traffic mess mainly due to wrong parking of vehicles and other traffic rules violations.

According to traffic police spokesperson, all-out efforts were being made to regulate city traffic load but due to illegal parking, traffic wardens were facing problems to clear load at main roads and intersections.