KARACHI, Mar 18 (APP):Federal Minister for Finance and Revenue, Shaukat Fayyaz Tareen on Friday emphasized that the country needs inclusive and sustainable economic growth to ensure trickle down effect for improved life of the common man, which is much awaited and the government has taken many initiatives in this regard.

Besides offering more incentives and facilities to industries, over last couple of years the government had launched soft and enhanced finance schemes especially for SMEs and start-ups. This had created job opportunities at large scale and had provided a platform for self-employment especially to educated youth, who earlier were wondering for jobs. Instead, now they were job providers for others as well, the Finance Minister said while speaking as the chief guest at CEO Summit Asia—CEOs Leadership Award Ceremony.

On this occasion, a book titled “ 100 Performing CEOs, Leaders & Companies of Pakistan” was also launched.
Shaukat Tareen said for raising economic growth to 6 percent and keep it sustainable, the nation would have to pay tax honestly and the government’s was target was to increase the taxpayers to at least 15 million in next 18 months. By increasing tax-GDP ratio every year by 1.5 percent, we could achieve the target of 20 % in coming seven or eight years.

He warned that those who had taxable income would not escape from taxation as now the Federal Board of Revenue , with the help of NADRA and other sources , had complete data of incomes and expenditures of the people. As a strong tool, the government was going to launch data portal within next few weeks.

“First, we shall ask you politely to pay due tax. Then, we shall be hard to get it,” he addressed to tax evaders.
He reiterated the government plan to reduce multiple taxes to two only—income and consumption tax at retail level.

Federal Finance Minister said the government had focused on developing and modernizing agriculture, manufacturing and information technology sectors, which was vital for sustained economic growth and to increase the exports. IT had big potential and would emerge as the major contributor to exports. IT start-ups would play a big role. For next year, the government had planned 100 percent increase in IT sector , with export target of $ 15 billion.

He also stressed the need to increase the savings to GDP ratio year-on-year, which was very low at 14 % only.
He was confident that by the end of the current fiscal year the economy would show up 5 percent growth.
He recounted various initiatives/schemes launched by the government during difficult time of COVID-19 pandemic outbreak to save the economy and to support the poor and low-income group who had lost jobs and other source of income.

Drawing line between safety of life and livelihood, Pakistan successfully managed the very hard situation emerging from COVID-19. Whereas, in most countries including advanced economies had just collapsed with negative growth up to 8 percent.

Later on, he distributed souvenirs and appreciation shields among the best performing CEOs from corporate sector. 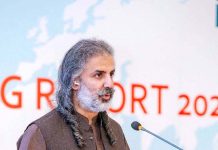 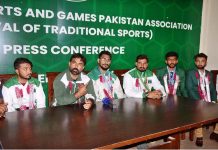 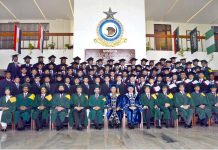 A group photo of the President of Pakistan Dr. Arif Alvi after awarding degrees during Convocation & Graduation Ceremony No 35 Air War Course 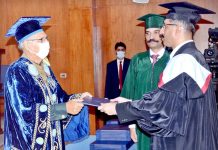 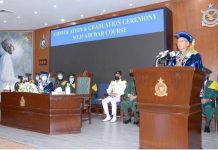 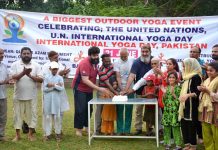 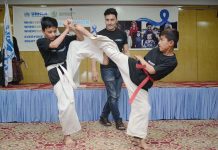 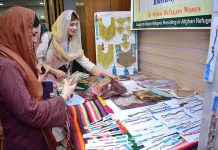 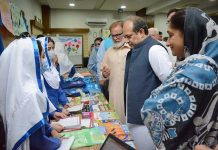 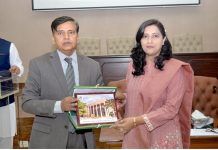 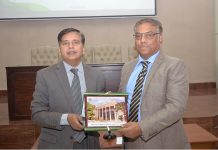