NATHIAGALI, May 05 (APP): The scenic valleys in Northern Khyber Pakthunkhwa have attracted an influx of tourists during Eidul Fitr holidays where they enjoyed water sports, trekking and traditional trout fish in a pleasant weather.

Nathiagali-a famous hilly resort in Abbottabad district located on Murree-Abbottabad Road witnessed influx of domestic tourists where all hotels and motels were jam-packed with tourists mostly arrived from plains districts of Khyber Pakthunkhwa and Punjab to spend Eid holidays in its pleasant weather after heavy rains the other day.

The KP Culture and Tourism Authority’s rest houses, hotels, motels and guest houses have received record booking orders from tourists this year as compared to last year.
Eco-tourists and mountaineers visited the nearby Ayubia tourist resort to enjoy a free ride on a chairlift amid great fun and laughter.

The hide and seek between sun and clouds with moderate to erratic rainfalls over snow-clad mountains peaks of Mukshpuri and Miranjani in Ayubia on western Himalayan hills and calmness of Nathiagali took tourists into a lap of serene.

Ayubia-Nathiagali, Dongagali-Ayubia and Mukshpuri Top were the most frequented sites where local guides and horse riders were seen moving around to make a quick buck.
A substantial number of tourists along with families have been seen on fast moving swings and Ayubia chairlift amid thrill and excitement.

“Chairlift ride at Ayubia took tourists to a new height of thrill and excitement,’” said tourist, Ehtisham Khan, (26) a tourist from Pabbi Nowshera while talking to APP at Ayubia on Thursday.

He said the natural beauty of nearby Khanspur, Dongagali and Bagnotar valleys have left a lasting imprint on the minds of visitors and picnickers.

He said weather of Nathiagali was very pleasant and people came here to enjoy its natural beauty, cool breeze and lush green valleys. “Prior to Nathiagali, I visited Malam Jabba, Swat on the first day of Eid where floating clouds mesmerize the tourists.”

He said high charges of hotels and high prices of daily use commodities needed to be checked by the district administration and proper arrangements should be made for car parking at tourists places.

Likewise, tourists also thronged to Naran and Kaghan valleys in Manshera where owners of hotels, restaurants and houses earned great profits during Eid days. The local people have vacated extra rooms of their houses for tourists to earn profits.

Many tourists have installed tents at Kaghan, Naran, Ayubia, Khanuspor, Bharagali, Dongagali and Thandyani. Tourists having low income have brought their own beds by staying under an open sky to enjoy pleasant weather in Naran and Kaghan valleys, Saif-ul-Malook lake, Lalazar Babusar, Noori and Purbi Valleys where they enjoyed waterfalls, horse ridding and boating besides trout fish of River Kunhar in a pleasant weather.

In Kaghan-Naran, several communications uplift projects including parks, highways, widening of links roads/streets, beautification of tourist places were completed that added beauty to these picturesque valleys and provided better communication facilities to tourists.

Besides tourism police, the local police and officials of district administration and Galiyat Development Authority were assisting visitors in case of any emergency situation.

The district administration Mansehra, Abbottabad and Swat have established facilitation and guidance centers for tourists. Tourists were directed to get travel advisory from the tourist receptions at toll plaza Manshera, Abbottabad and Swat or see it online on KP Culture and Tourism Authority before restarting their journey or extending stays at Kaghan, Naran, Nathia Gali and Kalam.

Unscrupulous business elements in hotels and restaurants industries were fully exploiting the situation by fleecing tourists due to shortage of accommodation at Nathiagali, Naran, Kaghan, Swat and adjoining scenic resorts.

Riaz Khan, a tourist told APP said that no hill station carried more natural and mountainous beauty in the world than Nathia Gali and Kalam where tourists were being heavily charged these days.

He said Rs 5000 to Rs 10,000 per room was being charged per night from families by private hotel owners in Nathia Gali, Kaghan-Narran and Kalam and demanded strict action against profiteers during Eid holidays.

He said 10 new tourists sites had been identified where new camping pods at Jarogo waterfall, Solatar and Kalam in Swat, Lashkargaz Broghal and Solarspot in Chitral, Kumrat in Dir Upper, Alpuri in Shangla, Samana Top in Hangu, Larum Top and Bin Shahi in Dir Lower would be setup.

He said the Battakundi-Lalazar chairlift project was also under consideration that would reduce load on Ayubia chairlift. 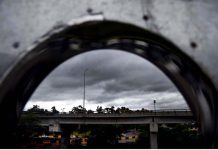 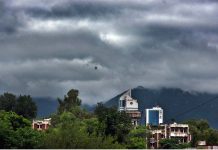 Clouds hovering over mountains during cloudy weather in Federal Capital 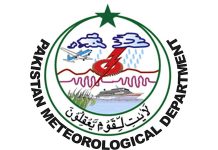 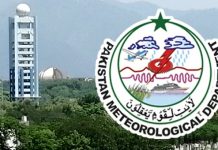 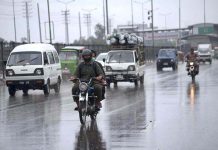