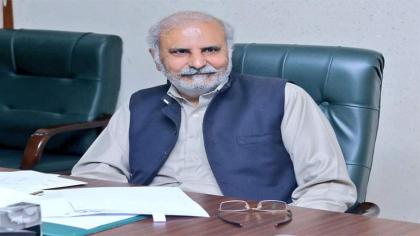 The exhibition would be an important milestone for agricultural promotion and development in South Punjab, Gardezi said.

He added that agriculture sector in South Punjab was undergoing a major shift to modernity and diversity through 29 projects under execution at a cost of Rs 10.66 Billion.

Syed Hussain Jahanian Gardezi said the extraordinary interest being shown by all stakeholders in this exhibition would help importers and exporters in business deals.

With firm belief that economic goals can hardly be achieved without agricultural development, the present government declared agriculture as its top priority.

He said that the Rs 10.66 billion investment on agriculture included Rs. 2 billion for horizontal land development, Rs 390 million for corporate farming scheme, Rs 199.7 million for provision of infrastructure for 10 agricultural markets, Rs 185.8 million to promote high value agriculture in Koh-e-Sulaiman and Dera Ghazi Khan, and Rs 216 million for establishment of a Cotton Research Substation at Rajanpur.

Speaking on the occasion, Special Secretary Agriculture (Marketing) Punjab Waqar Hussain said that around 100 stalls have been set up in this exhibition providing a platform to the farmers for awareness on modern production technology.

The exhibition will play a positive role in promotion of agricultural exports in the long run.

During the last three years, five (5) international exhibitions held so far resulted in a total increase of US 13.5 million in agricultural exports, he disclosed.

The exhibition was attended by MPA Shaheena Najeeb, Additional Secretary (Planning) Shireen Naz along with other officers and large number of farmers and other stakeholders. 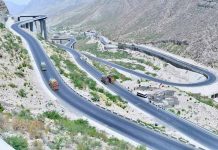 A view of Fort Munro Bridge. The steel bridge is carpeted over 33 km in the mountainous area of National Highway 70 to make... 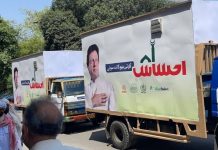 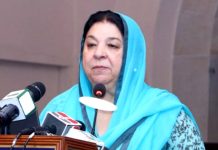 22.93m families of Punjab to be facilitated with free health coverage: minister