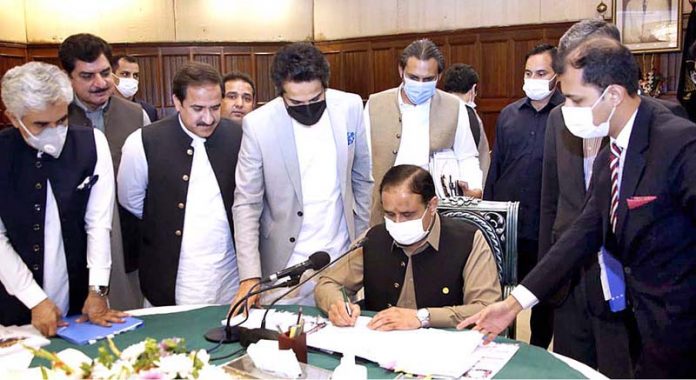 In a statement issued here on Tuesday, the CM said the president represented the aspirations of the people in his speech whereas the opposition parties showed their routine non-parliamentary and undemocratic behaviour, he regretted. The opposition demonstrated its moral bankruptcy by creating ruckus during the address, he added.

Usman Buzdar said the inept opposition tried point scoring on the important occasion of the joint session of the parliament. The unethical attitude of the opposition depicted its irresponsible behaviour, which was highly deplorable, he added.