QUETTA, Nov 05 (APP): Federal Minister for Planning and Development Asad Umar on Friday said that Prime Minister Imran Khan’s vision was to develop most backward area of the country on priority in order to alleviate poverty.

He expressed these views while addressing a press conference along with Balochistan Chief Minister Mir Abdul Quddus Bizenjo here at the Chief Minister’s Secretariat.

He said Balochistan had lagged behind in the race for development process, adding the province had been deprived of its rights in the past.

“Chief Minister of Balochistan is thinking positively that the federation and Balochistan will work together for the betterment of the people”, he noted adding that subsidy was being given on flour, sugar, pulses and edible oil to provide facilities to common man.

Asad Umar said the South Balochistan package was reviewed and the improvement was made in the package in the meeting held with the chief minister.

He said that development works would be continued in Balochistan besides discussions were held with the Chief Minister Abdul Quddus about Health Cards matters during the meeting.

The minister said that the relief package would benefit the people of Balochistan after completion, adding that he had a detailed argument with the chief minister about the anti-vaccination process.

Asad Umar said that we were trying to keep the tax on petrol at minimum level after increasing price of petrol in International Market.

Prime Minister Imran Khan was paying special interest in the development of Balochistan, he said, adding talks had been held with the Balochistan Chief Minister and Chief Secretary to expedite the anti- corona vaccination process.

Balochistan’s roads were being constructed which linked the border areas of Afghanistan and Iran, he said adding energy, gas and water projects were part of the South Balochistan package despite the IT sector would be developed.

On the occasion, Balochistan Chief Minister Mir Abdul Quddus Bizenjo said federal government continued assistance to put on track of the progress of the province.

He said that he was grateful that the federation was working together for the development of Balochistan.

He said that if the federation did not support, the provincial government would not be able to do anything.

He said that South Balochistan package was a very good initiative, adding Balochistan would also needed more packages from the federation.

He hoped that the Prime Minister would continue to support Balochistan for its betterment.

He said that the people of Balochistan especially loved Prime Minister Imran Khan and Public gatherings would be held for PM Imran Khan at divisional headquarter.

He also thanked the federal government for supporting relief works to victims of earthquake hit areas including Harnai district. 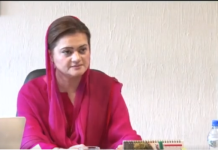 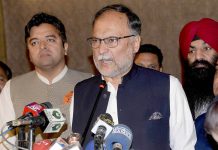 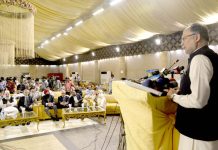