PESHAWAR, Aug 14 (APP): Advisor to the Prime Minister for Political and Public Affairs and National Heritage Engr Amir Muqam on Sunday said that Pakistan was created after a lot of sacrifices by our forefathers and the best tributes to the martyrs of Pakistan Movement was to work hard in our respective fields to make it economically stronger and prosperous.

Addressing a Pakistan Independence Day’s function organized by Pakistan Muslim League-Nawaz (PMLN) Peshawar, Amir Muqam said that 14th August 1947 was a historic day of making a renew pledge to work tirelessly and above personal interests for progress, peace and economic prosperity of Pakistan in line with the vision of Father of the Nation, Quaid-e-Azam Muhammad Ali Jinnah and great poet philosopher, Dr Allama Muhammad Iqbal.

He said that former prime minister Muhammad Nawaz Sharif had made the country a nuclear power in world and constructed networks of Motorways.

He said defence of Pakistan was made impregnable by PMLN following successful nuclear tests at Chagi on May 28, 1998.

Amir Muqam said the people of Pakistan knew that who made Pakistan an atomic power and who received huge foreign findings from prohibited sources to destabilise the country, put Pakistan under loans burden and mislead youth.

He said Imran Khan was a declared certified lair after his party was found guilty of taking huge foreign funding from prohibited sources from rival countries by the ECP and his ill designs against state institutions were exposed after the Shahbaz Gill statement.

Muqam said that Pakistanis were well aware that who made Pakistan an economic power by constructing network of motorways and completed the long awaited Loweri Tunnel in Chitral and who plunged the country into Rs20,000 billion foreign loans during last three and half years rule in the name of “Change.”

Muqam said that Imran Khan’s sons were enjoying all perks and privileges abroad and asked PTI Chairman not to deceive the youth of Pakistan any more through propaganda against opponents.

He said that Imran Khan was failed to deliver in the country and address people problems besides fulfilled his election promises during his nearly four years rule.

He said Imran Khan’s so called conspiracy narrative was also rejected by the state institutions and now he had hired services of a lobbyist firm to improve his sagging image in US.

The PM aide said that people of Pakistan knew that who had received huge foreign funding from prohibited sources to destroy the national economy, culture and destabilise the country.

He said PMLN had joined coalition Government to save the country from bankruptcy.

As result of Prime Minister Shehbaz Sharif’s prudent economic policies, he said value of dollar against rupee has been significantly decreased and hopefully will slash further in days to come.

He said prices of petroleum products were also reduced and more relief would be provided to masses.

Engr Amir Muqam said that Awami National Party (ANP) leader, Haji Ghulam Bilour was a joint candidate of ANP and PMLN and asked political workers of both parties to mobilise voters for his support in bye election at Peshawar to be held on September 25. 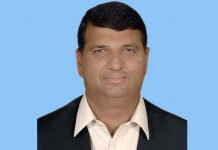 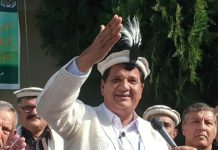 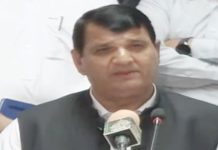 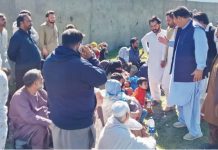 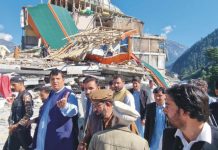 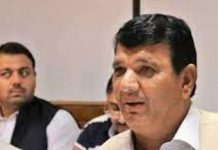 Literature to be promoted across country: Amir Muqam