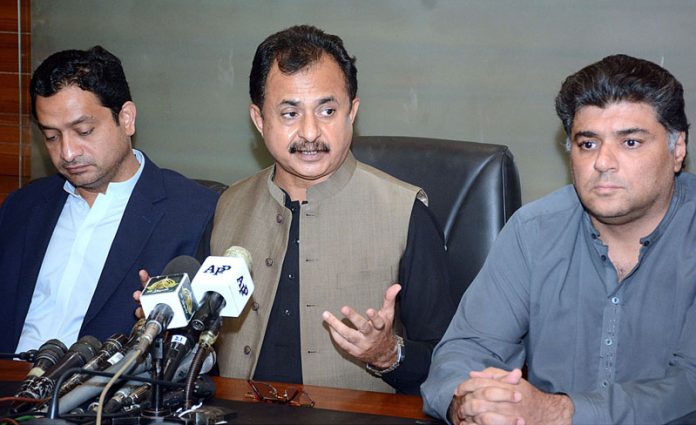 KARACHI, Nov 01 (APP): Leader of the Opposition in Sindh Assembly, Haleem Adil Sheikh, Monday, claimed that a new corrupt system of PPP steering all the illegal affairs in Sindh.

Haleem Adil Sheikh, while addressing a press conference here at Sindh Assembly building, alleged that a new system consisting of three youngsters and two female elected representatives were running a new and upgraded system of corruption that had replaced the old infamous systems like Adi, Daddy, Omni and Tappi.

A telephone operator of CM House Junaid Aka JD, Qasim Umer and a brother of provincial minister Mukesh Kumar Chawla were three youngsters of new upgraded system who were directly in touch with top PPP leadership, Haleem further alleged but desisted from naming two female parliamentarians saying that it was against his political training and democratic norms.

The opposition leader also presented in the press conference some pictures in which mentioned persons could be seen posing in a friendly manner along with Bilawal Zardari and CM Sindh Murad Ali Shah.

The new system was behind vast scale corruption, wheat theft of billions of rupees, procurement of expensive school desks, wine shop licenses and all other above the law acts in Sindh, Haleem blamed and added “Even Murad Ali Shah and his cabinet members are following their directives and could not dare to refuse signing their referred files.”

Haleem Adil said that the corrupt system inculpated him in different false cases to subdue his voice against the corruption and after failing in that a criminal wing of the corrupt system was extending life threats to him. “If I (Haleem Adil Sheikh) or any of my companions is inflicted any harm, Bilawal Zardari and Murad Ali Shah will be responsible of that,” he maintained.

Haleem Adil Sheikh said that PTI has started “Remove PPP, eliminate corruption, save Sindh” movement across the province and workers’ conventions were organized in the regard in Ghotki, Thatta and Korangi.

Haleem Adil Sheikh also took strong exception to use of indecent posters with photoshoped pictures of PTI leadership in PPP’s recent protest demonstrations and termed it as a serious violation of political morality and democratic norms.

PPP’s immature leadership was resorting to such unfair means, he said and advised Aitzaz Ahsan, Taj Haider, Qaim Ali Shah and other senior PPP leaders to teach political ethics to their young chairman.

Quoting proverb that ‘a person is known by his company’, Haleem said that incumbent leadership of PPP was encircled by immature, criminal minded and uncultured people.

The leader of the opposition suggested constituting a committee comprising senior politicians to set a code of conduct for maintaining political decency and discouraging use of abusive language and unfair means. 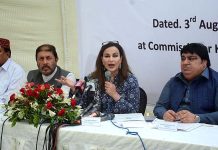 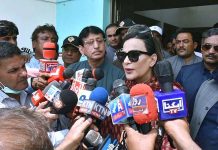 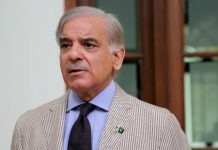 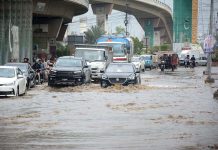 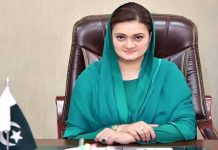 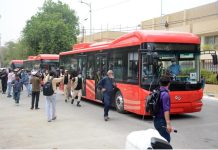 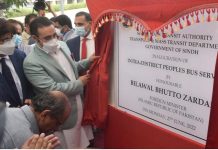