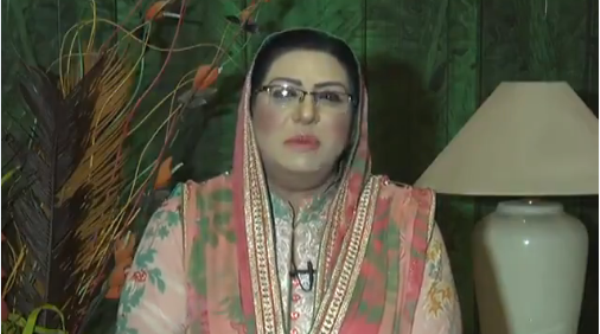 ISLAMABAD, Jun 17 (APP):Special Assistant to Prime Minister on Information and Broadcasting Dr Firdous
Ashiq Awan Monday said specific disruptions in the speech of Prime Minister Imran Khan were owing to a technical mismatch as the recording was done on HD system and PTV aired it on analogue system.

Briefing National Assembly Standing Committee on Information, Broadcasting, National History and Literary Heritage on specific disruptions in Prime Minister’s speech, aired on June 11, she said the Prime Minister’s speech was not a formal speech but it was a recorded message on some important issues.
The speech of Prime Minister was recorded by a private media house on HD technology, whereas Pakistan TV still has analogue system, she said.