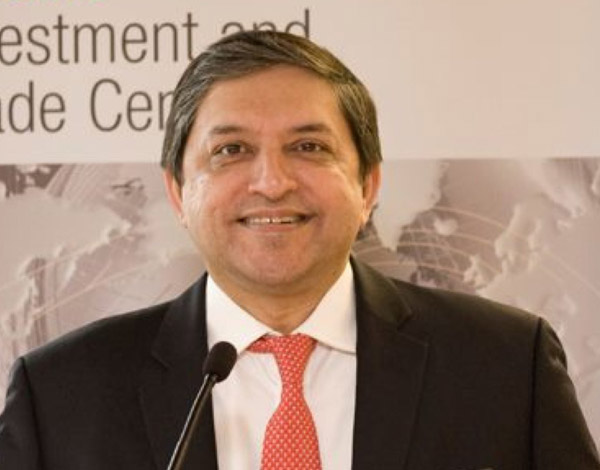 ISLAMABAD, Oct 11 (APP):Saleem Mandviwalla, Deputy Chairman Senate on Thursday held bilateral meetings with the heads of delegations of Indonesia, Thailand, and Bosnia & Herzegovina at the sidelines of the 3rd Meeting of the Speakers of Eurasia Countries’ Parliaments (MSEAP).

Ambassador of Pakistan to Turkey Muhammad Syrus Sajjad Qazi is also part of the delegation. The high profile meeting is held in Turkish resort city of Antalya from 8-11 October 2018 under the theme “Economic Cooperation, Environment and Sustainable Development in Eurasia.”

In a meeting with the Vice Speaker of the House of Representatives of Indonesia Dr. Fadil Zon, Senator Mandviwalla conveyed condolences over the recent earthquake in Indonesia and offered all possible assistance by Pakistan, a press release said.

Both sides reiterated the close ties of friendship and agreed to further intensify parliamentary interaction. It was also agreed to create facilitative legal frameworks for closer business collaboration.

During meeting with the head of the delegation of Thailand, Member of the National Legislative Assembly, Kitti Wasinondh, Deputy Chairman Senate briefed about the rich cultural heritage of Pakistan, particularly for religious tourism and said Taxila was one of the top tourist destinations for Buddhist community around the world.

In a wide-ranging conversation between Saleem Mandviwallah and Speaker of the Parliament of Bosnia & Herzegovina Mr. Safet Saftic, both sides agreed on the need for further promoting ties in all areas of mutual interest, particularly cultural and educational linkages.

Safet informed that all people of Bosnia Herzegovina are emotionally attached to Pakistan and fondly recalled the support extended by Pakistan’s peacekeeping forces during the Bosnian war.

Senator Mandviwalla said Pakistan is the well-wisher and friend of Bosnia and shall continue to extend all possible support. He also stressed on the need of close parliamentary and business ties.