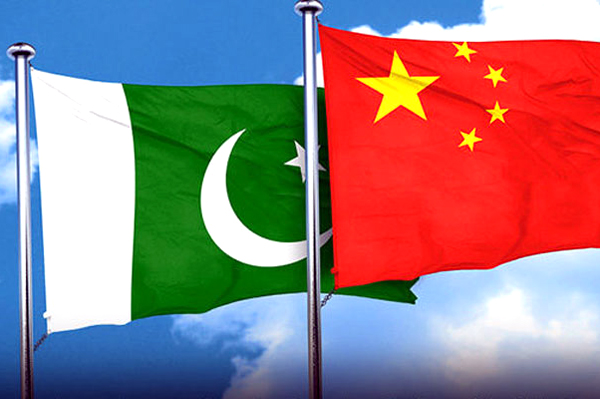 How to narrow the trade deficit between China and Pakistan has become a very important topic in the China-Pakistan relations, Global Times reported Tuesday.

In 2018, bilateral trade between the two countries was $19 billion, but Pakistani exports to China accounted for just $1.82 billion of the total. This points to an obvious need for the two countries to upgrade their FTA, with the aim of reducing the trade imbalance by giving each other more preferential treatments.

Specifically, China will implement tariff reductions or exemptions for cotton yarn, leather, clothing, aquatic products, nuts and other export goods from Pakistan under the upgraded FTA. It is hoped that a significant lowering in tariff levels between the two countries will deepen trade ties by cutting the deficit, thus effectively promoting the construction of the Belt and Road Initiative and the development of the China-Pakistan Economic Corridor (CPEC).

Agricultural cooperation is a key area in which China and Pakistan will seek cooperative efforts aimed at reducing the trade deficit. Agriculture is a pillar industry of Pakistan’s economic development, accounting for about 40 percent of its economy, while China is now the world’s largest importer of agricultural products, importing about $130 billion of agricultural goods annually.

At present, agricultural departments from both countries have signed a number of cooperation agreements and Memorandums of Understanding in the fields of agricultural information exchange, training of technical personnel, processing of agricultural products and animal and plant quarantine, as well as production and maintenance of agricultural machinery.

For instance, as cotton-related products account for nearly 60 percent of Pakistan’s total exports, experts from the Chinese Academy of Agricultural Sciences are actively engaged in technology exchange and cooperation with Pakistani experts on how to improve the quality of cotton seeds. So far, the China-Pakistan Cotton Biotechnology Joint Laboratory is the only agricultural project under the CPEC program.

Last but not least, it should be acknowledged that Pakistan’s massive purchase of mechanical and electrical products from China is an important reason for the high trade deficit over the years, which are mainly used for CPEC construction.

However, given the tangible outcomes so far, the significance and far-reaching impact of the CPEC on the sustainable development of the Pakistani economy should never be underestimated.