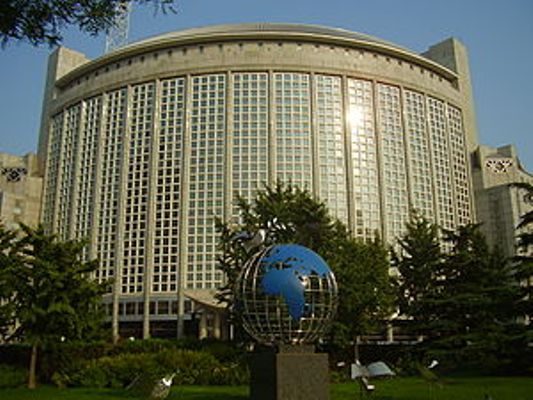 BEIJING, Apr 3 (APP):While welcoming dialogue between Afghan government and Taliban on release of prisoners, a Chinese Foreign Ministry’s Spokesperson Friday hoped that all important items in the US-Taliban peace agreement could be steadily implemented.
“China welcomes the meaningful and fruitful dialogues between the Afghan government and the Taliban,” Hua Chunying said while responding to a question about a discussion between technical teams from the Afghan government and Taliban on release of prisoners in Kabul.
The spokesperson said that the Chinese side noted the consensus among various parties in Afghanistan on the formation of the negotiating team as well as the Taliban’s reservations.
“We hope all important items in the US-Taliban peace agreement can be steadily implemented, including withdrawal of troops, reduction of violence, release of prisoners and intra-Afghan negotiations,” she added.
Hua Chunying said that China firmly supported the broad and inclusive peace and reconciliation process that was Afghan-led and Afghan-owned.
While supporting all efforts towards a political settlement of the Afghan issue, she said, “We call on all parties in Afghanistan to put the country and people first, respond to Secretary-General Guterres’ initiative and the aspiration of the international community, and cease conflict and confrontation.”
The spokesperson hoped they would start intra-Afghan talks at an early date, resolve differences through dialogue and consultation, make proper political and security arrangement for the future, and work together for peace and stability in the country.
“China stands ready to join relevant sides and the international community to continue playing a constructive role in promoting the peace and reconciliation process in Afghanistan,” she added.
According to media reports, technical teams from the Afghan government and Taliban held discussions on the release of prisoners in Kabul and made some progress.
The Afghan government released a list of participants for intra-Afghan talks, which has got the consent from major parties in Afghanistan but not the Taliban.
UN Secretary-General Guterres has called for a global ceasefire to focus on fighting the COVID-19 pandemic. This is generally believed to apply to the Afghan issue as well.