ISLAMABAD, Mar 9 (APP):Minister for Finance and Revenue Shaukat Tarin on Wednesday hoped that the ongoing talks over 7th review with the International Monetary Fund (IMF) for release of next tranche would conclude successfully despite huge subsidy on the petroleum products and the electricity announced by by Prime Minister Imran Khan.

“The IMF should not worry about it as neither we will take any loan nor increase our fiscal budget to manage the subsidy, but the required money would be managed by diverting dividends from shareholdings in state owned companies (SOEs), cutting development funds from Public Sector Development Programme (PSDP), and additional revenues collected during current fiscal year, while some of the funds would be diverted from Ehsaas Programme,” he said while address a press conference here.

“We have conveyed them (IMF) that our people are already on roads against hike in prices of the basic commodities, therefore we have no option but to provide relief to the people,” he added.

The minister said at present, the government was bearing burden of over Rs 104 billion per month only for the sake of common people to provide petroleum products on subsidized rates.

He said the government was set to collect revenues above the set target of Rs 5.8 trillion adding that if the petroleum subsidy was not given, the revenue collection would have surpassed the Rs 7 trillion mark by end of current fiscal year.

With respect to the industrial package announced by the government, the minister added that the latest amnesty scheme was the targeted one under which the beneficiaries would bound to invest only in industry by June 2024.

He said bank defaulters would not be able to participate in this scheme. Besides a package for sick industry has also been announced under which the losses of the loss making industries would be adjusted provided that the purchase would revive and run such industries.

Furthermore, he said a five years’ tax holiday had also been announced for the overseas investors to promote industrial sector in the country.

He said the IT sector was also offered incentives to take the export up to $50 billion in five years.

To a question with respect to the PM’s latest visit to China, the minister maintained that before visiting China, Pakistan government had resolved major concerns of the Chinese investors which had been admitted by the big Chinese companies during their meetings with the PM.

He said that three key areas of priority under second phase of China Pakistan Economic Corridor (CPEC) were discussed during the recent visit to China.

First, he said the Prime Minister had asked the Chinese investors to populate the Special Economic Zones (SEZs) established under CPEC to promote export oriented industry in the country.

The second priority was the agriculture, he said adding that with the help of Chinese experts, Pakistan would try to make itself totally self independent in food sector.

He said the information technology sector would also be given special focus under CPEC to boost the IT exports up to $50 billion in five years.

To another question, Shaukat Tarin said due to timely rainfalls, a bumper wheat harvesting was expected during the up coming season and about 5 to 6 percent growth in wheat was expected.

He said all indicators were moving on the right direction and if the global inflation subsides in 6-8 months, the country’s growth would boost rapidly.

“These guys (opposition) have no chance in next general elections, therefore they are putting full force to destabilize the government as they know well that if international situation becomes normal, Pakistan’s economic situation would get better and once PTI comes out of this difficult situation, it would go out of their range,” he added.

The minister said that the country’s trade deficit and inflation were on declining trend as was indicated by latest economic data. He said that the trade deficit went down to pre-Covid-19 position and was recorded at $3.1 billion during February 2022.

He asserted that if remittances of around $2.5 billion are deducted from this figure, the deficit in actual terms has come down to just $600 million, adding that this was an achievement which was not highlighted.

Likewise, he said, inflation in January 2022 was recorded 12.95 percent which came down to 12.2 percent in February, adding that if price hike in tomatoes were excluded from this figure, the inflation was recorded around 10.8 percent, means the decline of 2.2 percent in one month.

He said, if the impact of international commodity cycle was excluded, the domestic inflation had been in control, adding that the international prices of oil, petrol and coal were affecting the prices in the country. 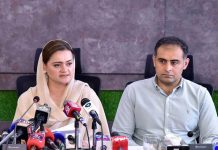 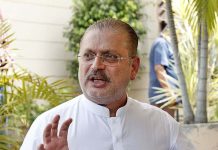